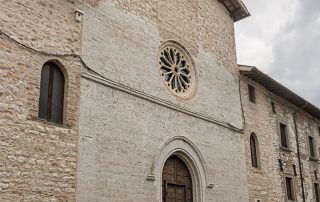 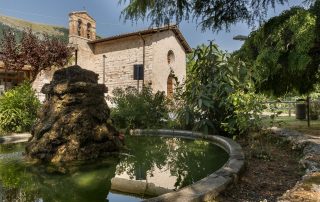 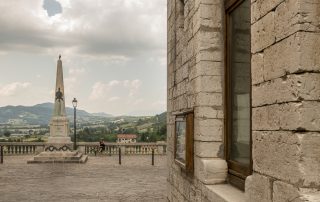 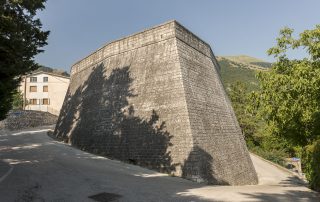 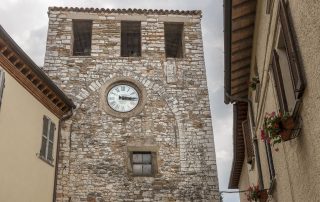 The origin of the ancient name of Costacciaro, is traced back by some, to the name of Stacciarius, an early owner of the castle. According to this theory, the founding family, of Gubbio origin, was therefore probably that of the Stacciari, who are still present in Gubbio today.

The construction of the ancient Via Flaminia, alongside temples, spas and sanctuaries, also led to the rise of numerous urban settlements, which, once the Roman Empire fell, became less and less safe due to the frequent barbarian invasions. This was the main stimulus for the construction of fortifications such as Costacciaro, located on the top of a hill, which therefore escaped the raids from Germanic populations.

During the 13th century, the Municipality of Gubbio began the defensive programme of its vast territory, building new castles and expanding the existing ones, including Costacciaro. For six centuries the castle was part of the Eugubino jurisdiction. In 1384 it spontaneously submitted to the Signoria (Lordship) of Urbino, to which it represented the gateway and ultimate bulwark due to its position along the Via Flaminia. It soon became a very important military outpost, so much so that in 1434 it was equipped with the “mantellina”, a machine for the preparation of stone spheres used for the defence of the castle. With the fall of the Signoria of Urbino, Costacciaro entered the sphere of influence of the Papal State. The birth of an important “zecchiera” (an ironworks and Mint) of the Papal State along the Scirca stream, which was the true hub of the local economy until the eighteenth century, dates back to this period (1551).

Costacciaro was the birthplace of illustrious personalities, such as Ludovico Carbone (16th century), a scholar of legal matters, and Bonaventura Pio Fauni (16th century), called “il Costacciaro”, Bishop of Acqui and eminent theologian who had an important role in the Council of Trento.

From the mid-thirteenth century, the collective ownership of one of the oldest agricultural universities in Umbria, that of the “Uomini Originari“, slowly formed and established in Costacciaro over the span of almost three centuries. The agrarian community currently manages about 1,650 hectares of the territory of the Monte Cucco massif and its current headquarters is in the “Caciara”. Inside the “Caciara” some precious parchments are held – the oldest of which dates back to 1291, the most recent to 1427, which detail much of the centuries-old history of this mountain range

Today Costacciaro is a village of about 1,300 inhabitants spread over a vast territory, which includes the hamlets of Villa Col de ‘Canali, Costa San Savino and Rancana, immersed in the Monte Cucco Regional Park.