Travelling through an area and getting to know its cultural heritage and landscape is not the sole means of becoming attuned to its more traditional animating spirit. In order to gain a true appreciation of the material culture which has shaped its towns, landscape and economy, one must penetrate more profoundly into its system of shared values and admire the achievements of its ancient crafts which, although deeply rooted in the past, are still very much alive today. In Gubbio, living proof of this is the continuing presence of the medieval “Università delle Arti e Mestieri” (Guilds of Arts and Crafts) which, during the period of the Free Communes, played such a fundamental and formally recognised role in the political life of the town. Their statutes regulated in minute detail the quantity and quality of their products, enforcing and passing on precise methods of production. This is why, the experience of strolling through the streets of our town and hearing the rhythmical blows of the blacksmith’s hammer beating against the anvil, or the resounding strokes of the stone mason’s facing hammer on the slab, as he forms what will become part of a building, is so potently evocative.

The presence of artisans, who are still active and producing stylishly crafted work, is a characteristic feature of the towns and villages in the North-eastern part of Umbria. Still today, objects and artefacts are being produced which are of great cultural and artistic value: unique examples of refined, original, and exquisitely beautiful handiwork. The displays in shop windows and workshops only partially reveal these wonderful products which bear no comparison to those mass produced in factories. Thus it is that the streets of Gualdo Tadino and Gubbio are rendered radiant and colourful by the hues and iridescent decorations of ceramic objects which, despite belonging to an ancient tradition, also show a keen eye for modern taste. Each workshop has its own decorative  motifs, colours and shapes. The vibrant pottery industry of today is heir to a centuries-old tradition which has always thrived, since the 13th century to the present day, and is, perhaps, the most emblematic and productive of all the sectors of artisanal activity because of its cultural, historic, artistic and economic value and because it has provided a stimulus for the individualistic production of local artists. It is no coincidence that in both of these towns there are museums specifically featuring ceramics, both of their Civic Museums have permanent collections and, among these, special mention should be made of the Rubboli Factory Museum in Gualdo Tadino, where it is also possible to see examples of ancient muffle kilns.

Meanwhile, in Nocera Umbra, Palazzo Camilli houses the exhibition of the association known as “Telaio Umbro” (Umbrian Loom), which is dedicated to conserving the memory of the traditional craft of weaving, encouraging and promoting its diffusion, exhibiting both its products and the ancient looms rescued from the enclosed convent of San Giovanni Battista, as well as instructing the new generations in this ancient art. Besides being visible in all the shops in Gubbio which sell items of the famous Umbrian cloth, this tradition has also inspired the creation of a workshop, right in the heart of the town, where high-quality souvenirs and manually-woven articles are produced according to the various hand weaving techniques. However, it is in Gualdo Tadino where cloth-making and, in particular, tailoring have given rise to a truly unique experience which has spread far beyond the confines of the town and indeed the region. From the starting point of age-old tradition and the expertise of a family-run tailoring business, an enterprise making historical and theatrical costumes has burgeoned and now its costumes embellish the processions of the most renowned historical pageants, and not only those taking place in this Region, as well as the most famous theatrical and cinematographic productions.

Visiting the churches in towns and villages makes one aware of the outstanding quality of the workshops which, from the 15th to the 17th century, adorned them with magnificent wooden furniture, such as choir stalls, organs, lecterns and episcopal thrones. Exquisite examples of wood-carving and marquetry remind us of the long history of this craft in Gubbio, where it has been practised for generations and, in particular, during the 16th century, by the members of the Maffei family. There are still today exceptionally skilled cabinet-makers at work in Gubbio, whether in the field of restoration or producing new work, both of an extremely high standard. It is thanks to their skill that now everyone can admire the exact replica of Federico da Montefeltro’s private study with inlaid panelling in perspective, which was originally created for the Palazzo Ducale in Gubbio. The original study was sold in 1874 and is now on view in the Metropolitan Museum in New York. Wooden sculptures can also be seen on display in the Archaeological Museum in Nocera Umbra, which houses a permanent collection of works by Aldo Angelini, a local artist known as “ the Magician of Wood Carving”.

Yet what stronger link with ancient craftsmanship could there be than that with stonemasonry, out of which our historic town centres are entirely constructed? Houses, public buildings, private residences, churches, towers and town walls all testify, stone by stone, to the craftsmanship of masons and stone carvers whose skills still flourish today in Gubbio with the presence of the “Università dei Muratori Scalpellini e Arti congeneri”. The skill of masons and stone carvers is clearly evident in the restoration work carried out in the town centre, but it has assumed a more artistic level in the work of the great master stonemason, Giuseppe Calzuola, who created the highly complex works laden with symbolic significance, that are in the exhibition rooms of the Diocesan Museum in Gubbio and in the Museum and Stone Workshop named after him. . His artistry is a source of inspiration for today’s young artisans who are faithful followers of this craft dating back thousands of years.

The ancient craft of wrought iron is also alive and well in Gubbio where it, too, is sustained thanks to the relevant craftsman’s guild, the “Università dei Fabbri”. Alongside the production of classical items, plenty of space is also allowed for the production of objects destined for the ornamentation and furnishing of both classical and more modern surroundings.

The ancient and twisting streets of this town built of stone have further surprises in store, from the characteristic leather shops, with their incorporated workshops, and bookbinders, where centuries-old techniques are still in use, or the value added crafts producing, with skill and passion, architectural components, furnishings and decorations in gypsum and stucco, or even the calligraphy and illumination classes offered by the association, “Arte del Libro Unaluna”.  In the former, the same technique used by 13th century craftsmen is replicated in order to produce paper from cotton rags, while the latter teach the technique of manuscript illumination and gilding following exactly the procedure and instructions as described in ancient treatises and as were applied in medieval workshops and monasteries.

This brief excursus would not be complete without giving a mention to the diverse artisanal crafts engaged in the various fields of restoration work. The Art Institute in Gubbio has for years been training professionals capable of undertaking the task of restoring works of art whether they be paintings, wood carvings or stone sculptures. This represents an important asset, and not only for Gubbio, in the work of conservation and enhancement of the territory’s historical and artistic heritage.

In short, we have a treasure chest of knowledge and skills which have their roots in ancient practices, and in social and economic systems which they still recall today; knowledge and trade secrets handed down over time, or rediscovered in recent times, which perfectly illustrate how research into past traditions can provide the catalyst for creating the future. 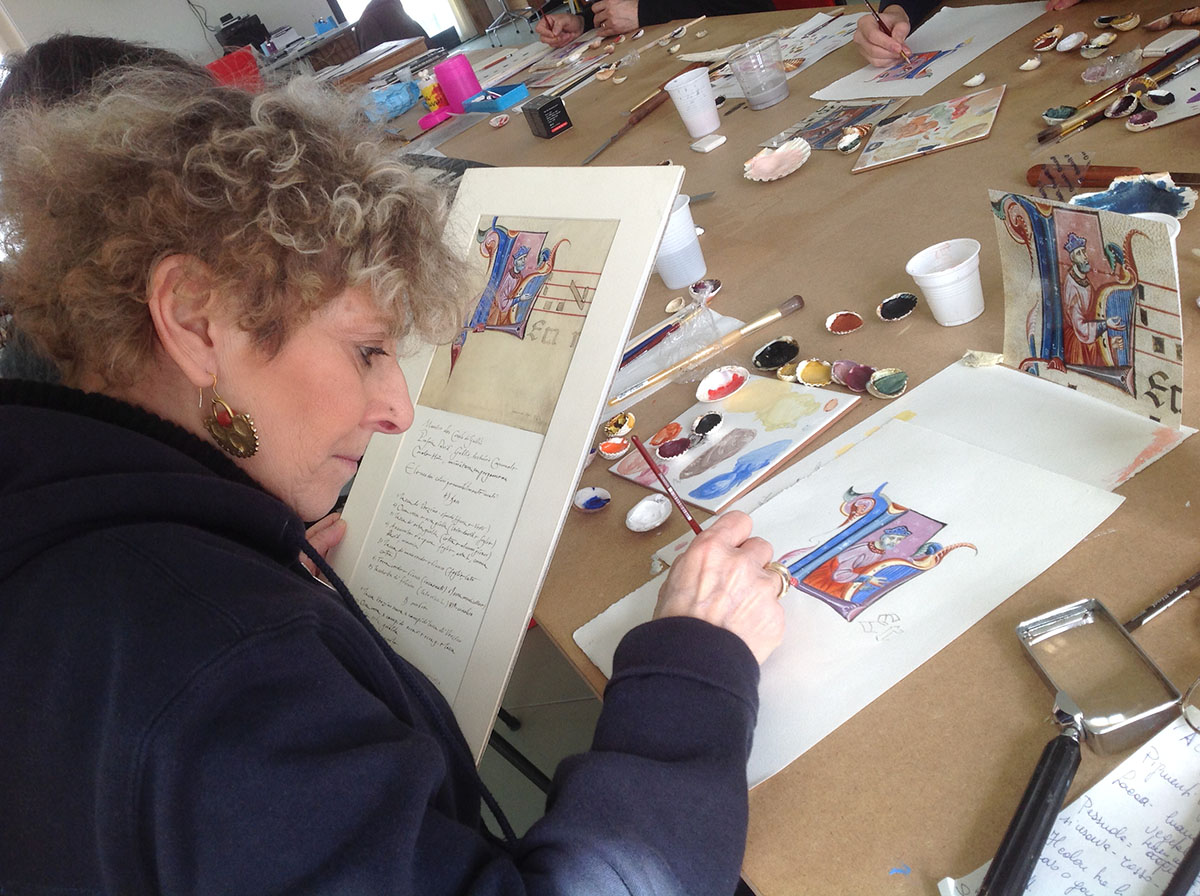 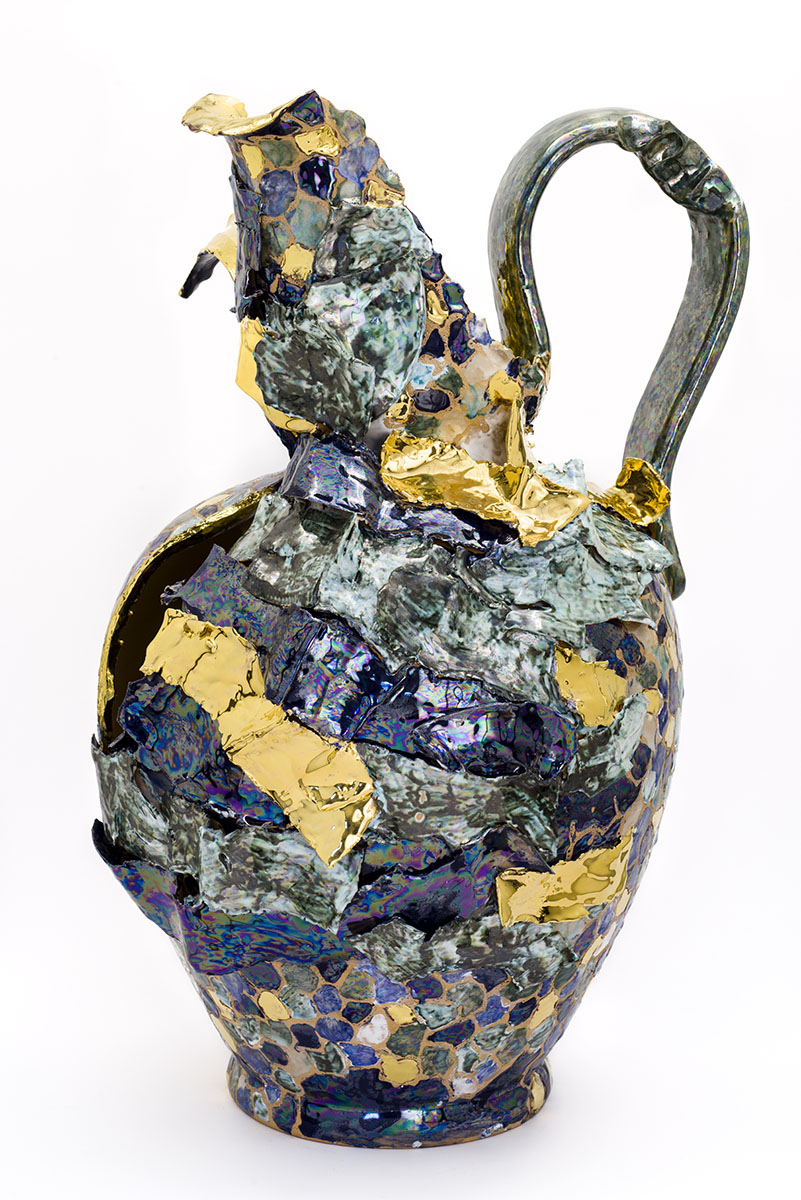 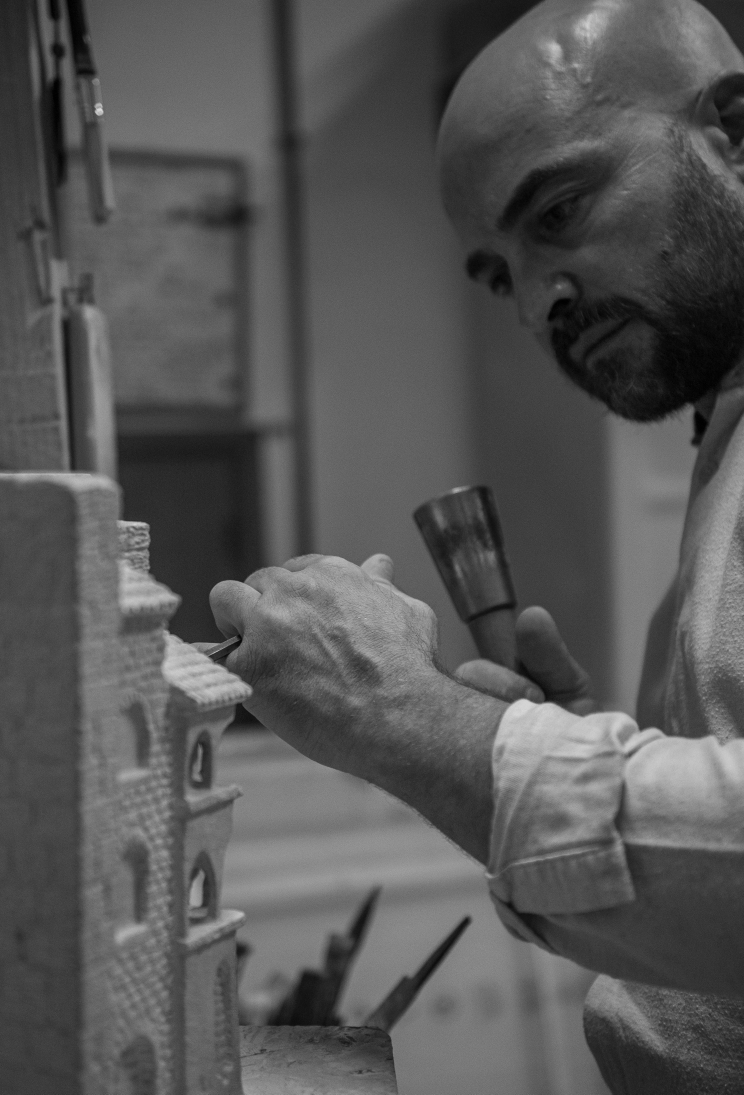 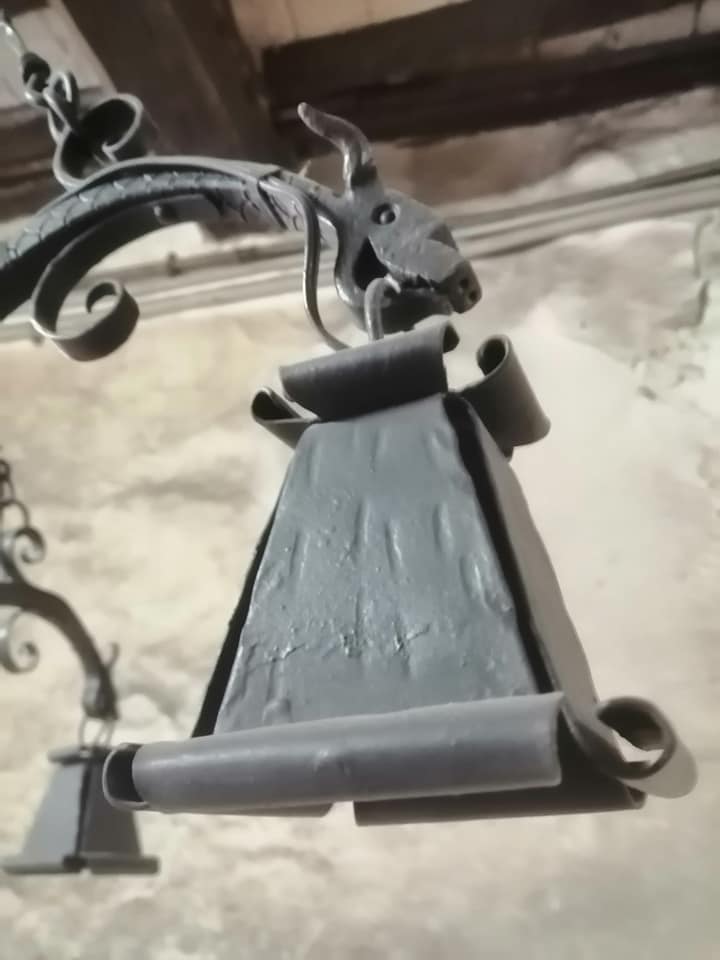 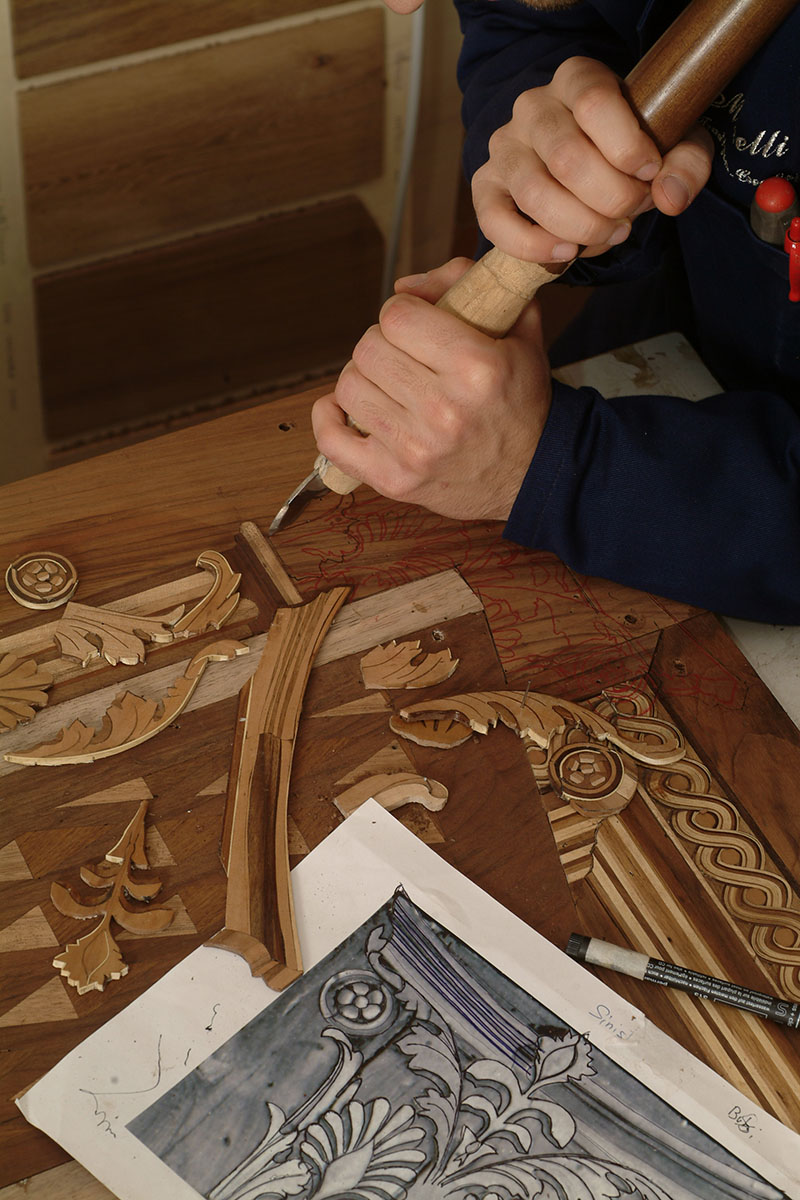 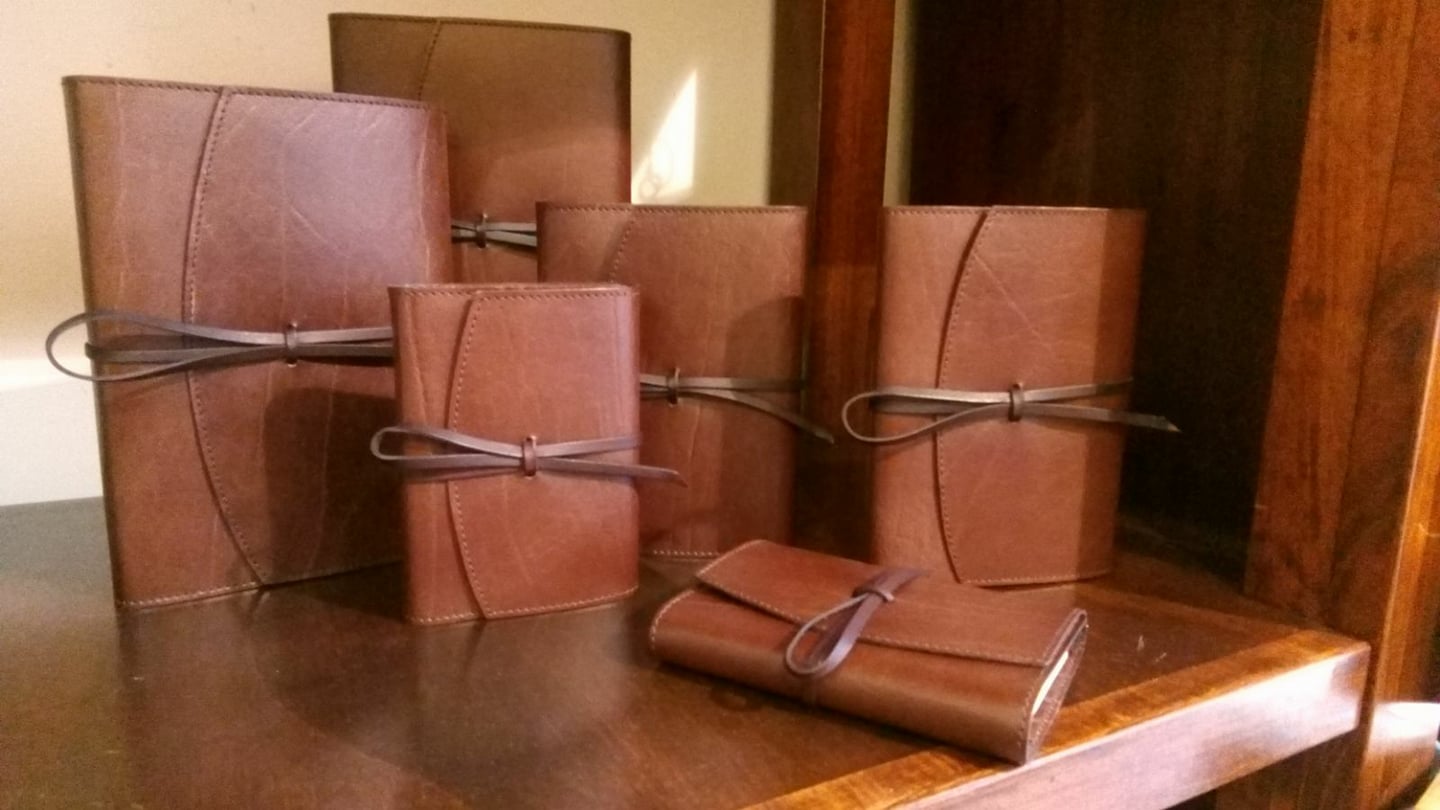 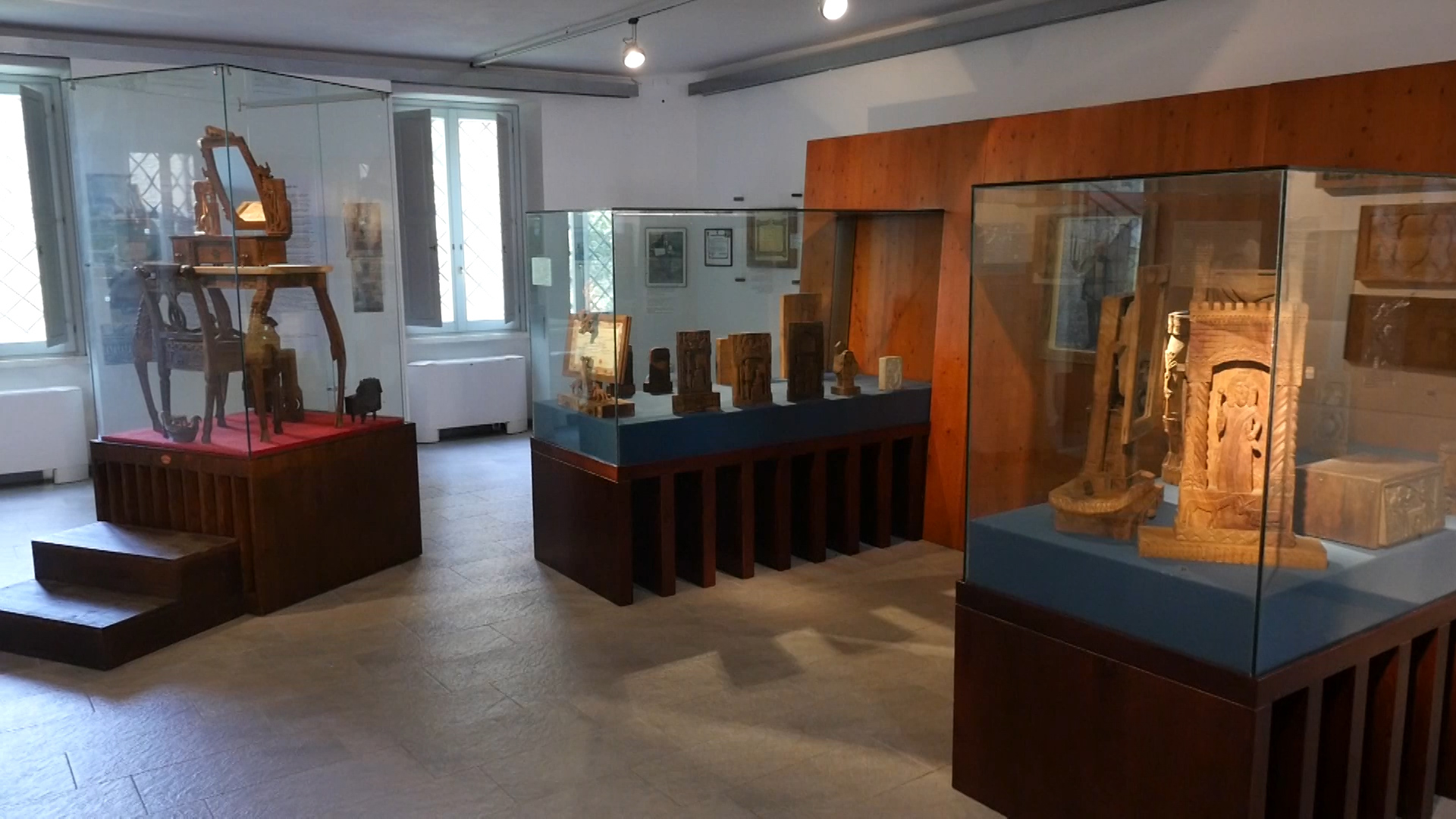 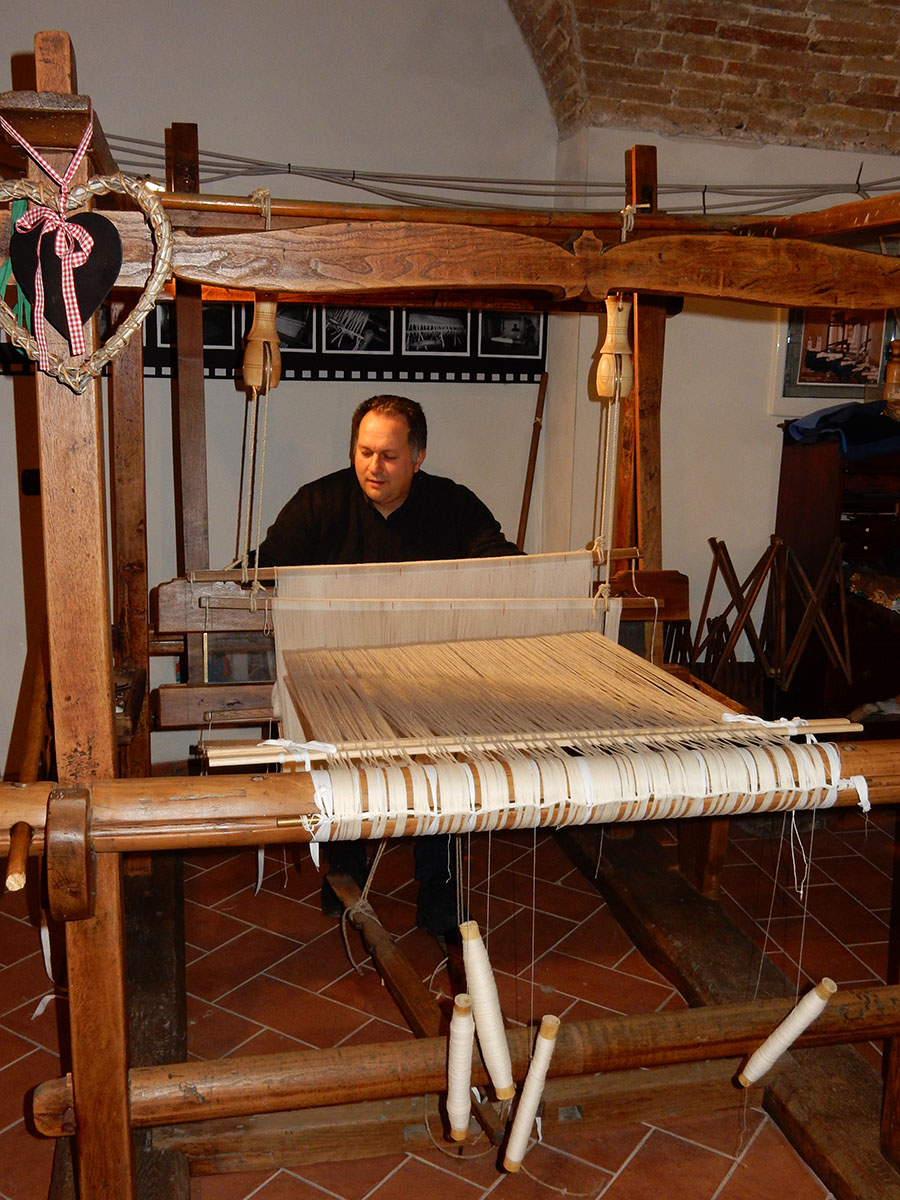 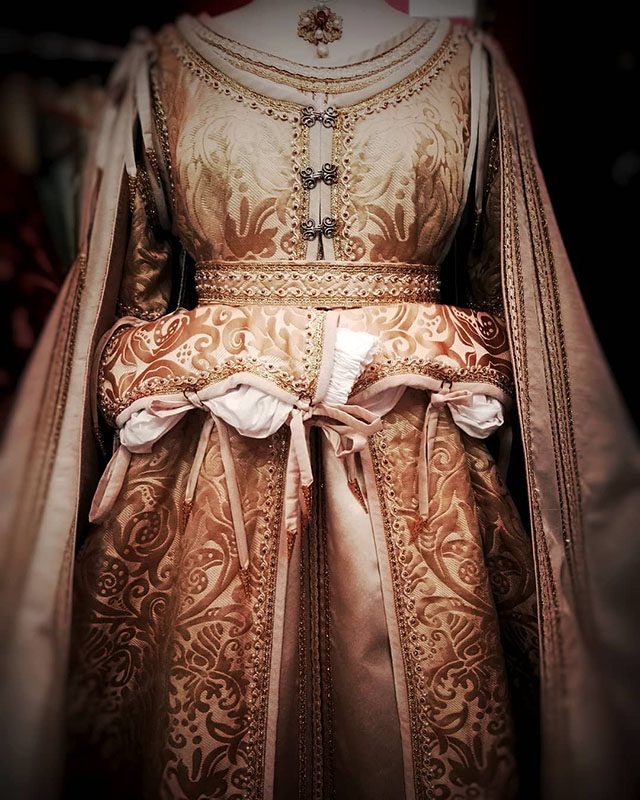