THE MUSEUM- WORKSHOP OF THE MONTE CUCCO PARK

The Museum-workshop is a unique educational facility, in which what has happened, and what is still happening within the limestone masses of Monte Cucco and the Umbrian-Marche Apennines, are illustrated, revealing the mysterious paths that the rain follows deep below the mountains, before reaching daylight via water sources and feeding the groundwater in lowland areas.

The museum itinerary is especially designed for school children and teenagers, where the discovery and acquisition of new knowledge takes place through direct participation, with interactive programmes, tools and three-dimensional models operated by the visitors themselves.

The visit begins on the ground floor with the large-screen projection of the documentaries “Il Parco del Monte Cucco” and “Il carsismo di Monte Cucco”. The videos were made to introduce the topics documented in the museum with simple and captivating language, and where the topography of the Monte Cucco area is presented with images that stimulate an interest in exploring the numerous possible outdoor excursions, along clearly marked trails

On the first floor, a scale model reconstructs the origin and stratigraphy (the strata) of the Apennine rocks, as well as the processes that caused their lifting and their current form. It also demonstrates that the western side of Monte Cucco is part of the advanced African plate, while the eastern side is a portion of the Eurasian plate, which plunges under the former. As evidence of these processes, fossils typical of the Limestone massif formation are also exhibited. These are traces of marine animals, which lived in a geological period called Lower Lias (about 200 million years ago), in a very shallow sea of only one metre. Here a rich and varied fauna was able to develop, almost exclusively calcareous, that can further be observed under a microscope.

We then move on to the section dedicated to the formation of caves and underground paths: the places where drinking water collects. The key points in the genesis of the karst systems of Monte Cucco and the two main processes of hypogenic and epigenic formation (respectively waters flowing from deep below ground and those flowing from outside the cave) are illustrated, starting from one and a half million years ago. Samples of limestone, gypsum and travertine are also exhibited, all these rocks defined as karsifiable, that is, materials capable of reacting to the corrosive action of acids present in the waters and thereby generating voids.

A subsequent section describes the lives of the pre-historic animals that populated the territory of Monte Cucco in the last and penultimate Ice Ages, from 350,000 to 8,000 years ago. Also exhibited here are the remains of large mammalian vertebrates such as the woolly rhinoceros, the cave bear, of which the entire skeleton can be seen, and the ibex. Uniquely to Italy, the fossil remains of these animals have been found in association, ie at the same time in the same outcrops, both in the Grotta di Monte Cucco and in the many other caves in the area.

In the same section there are other finds, images, photographs and, in particular, paleogeographic reconstructions of organisms typical to cave habitats, such as the Geotritone, an actual living fossil still present today in the caves of Monte Cucco. The discovery of this small amphibian, here as well as in many other parts of the world, testifies how tens of millions of years ago the European continent was united with the other continents to form a single large merged land (Pangea)

Specific sectors are dedicated to the vegetation and fauna of the Park, from the birds of prey that so distinctly characterise the high and inaccessible crags of Monte Cucco and Catria, to some mammals, such as wolves or badgers, present today in the woods of the Umbrian mountains.

The museum also houses the results of research and studies on the paleontology of this Apennine sector, including traces of the first men in the upper Chiascio Valley, from the Paleolithic to more recent historical times, as well as some Palaeolithic artefacts dating back to 120,000 years ago.

On the second floor, through experiments and interactive tools it is possible to learn more about the underground hydrology (water formation and movement) of Monte Cucco. This section is dedicated to the study of the ability of limestone rocks to absorb precipitation water through fractures and underground karst systems, the collection and containment function of the impermeable layers, and on to the feeding of springs and groundwater in the lowland areas.

An integral part of the museum is the “Karst Areas Documentation Centre” of Monte Cucco Park, which houses early texts and topographical documents, from previous centuries to the present day, all on the theme of the exploration of caves in the Umbrian-Marche Apennines, and the Grotta di Monte Cucco. The Centre collects all the detailed topographical studies of the main caves of the Umbrian-Marche Apennines and Umbria, the Speleological Cadastre of Umbria (CSU), the Speleological Cadastre of the Marche, together with a list of publications and topographical documentation available.

THE MUSEUM IN COSTACCIARO

The Museum- workshop of the Monte Cucco Park 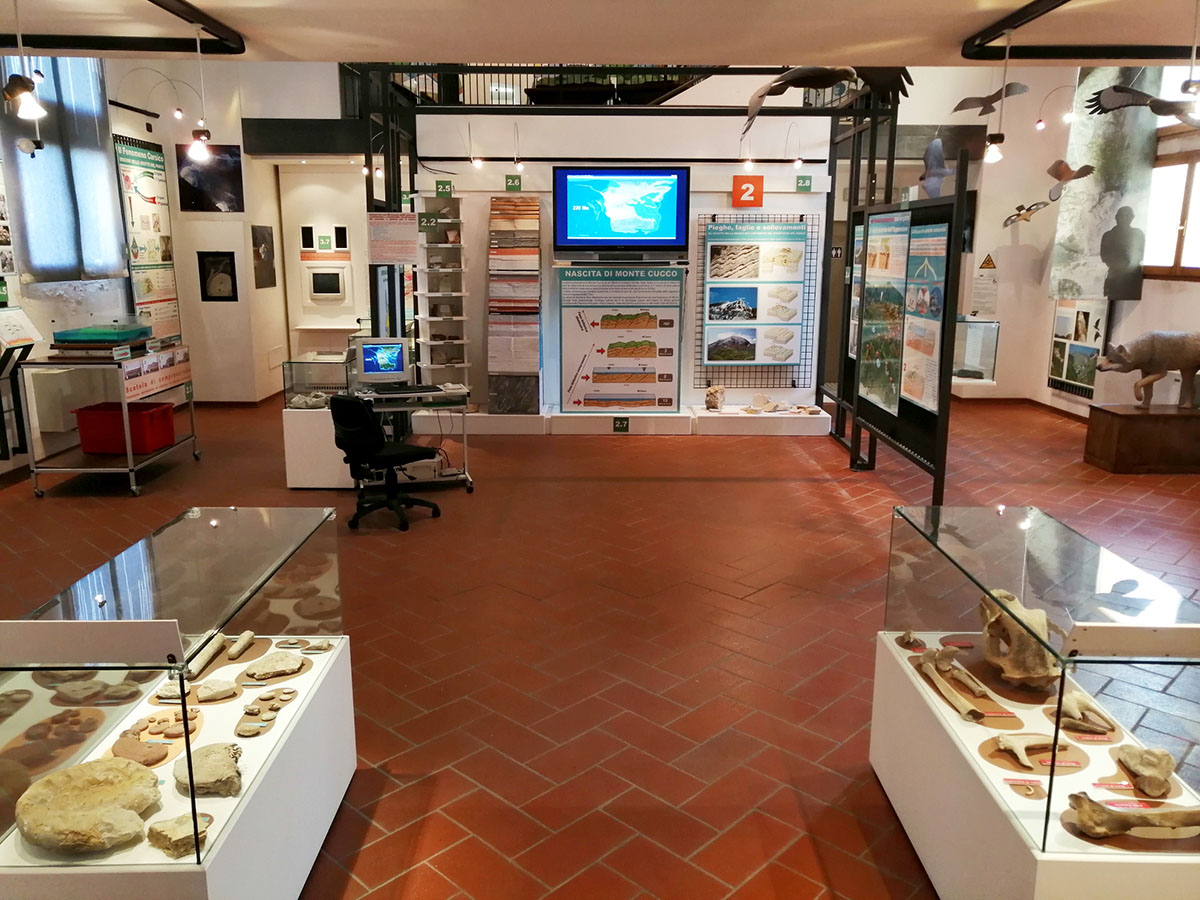 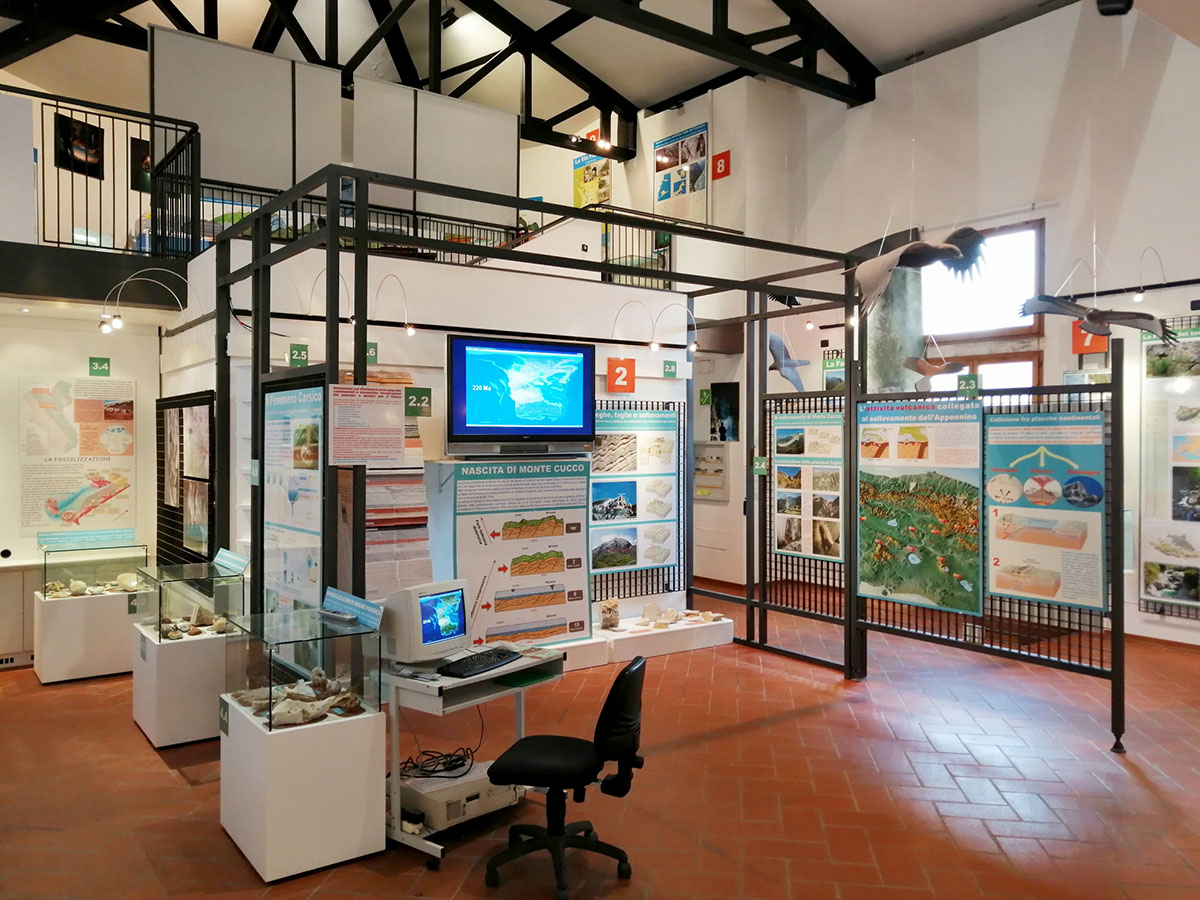 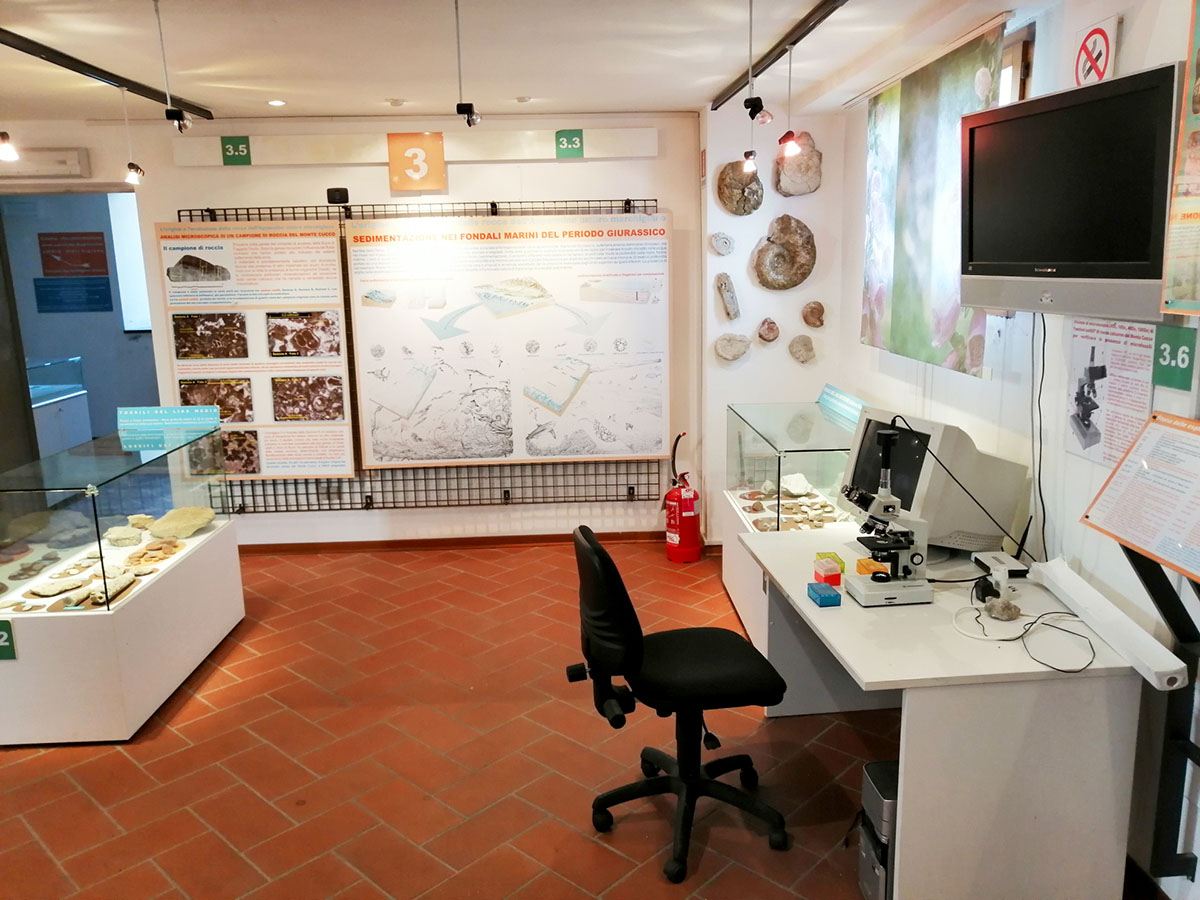 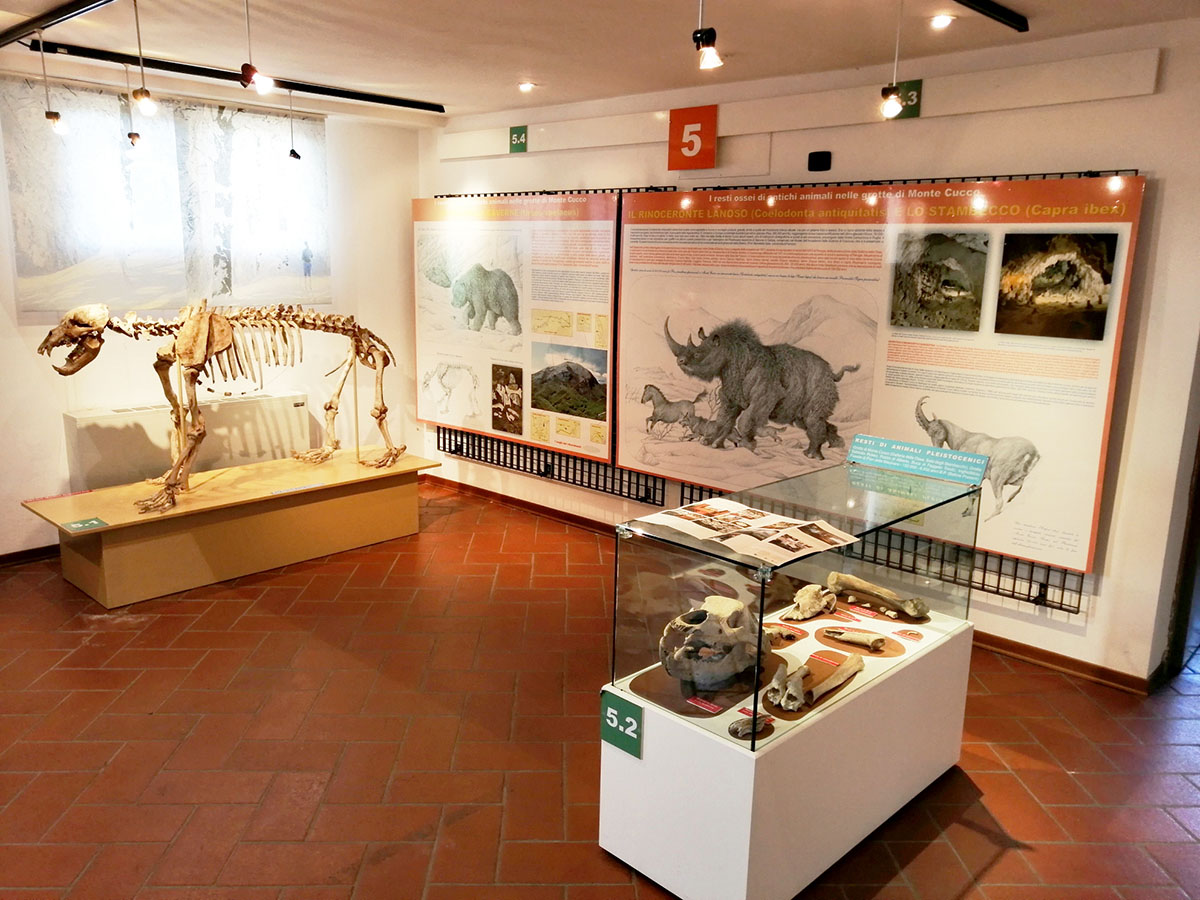 Ticket 2,00 €
(includes the tour of the Ancient Olive Oil Mill) 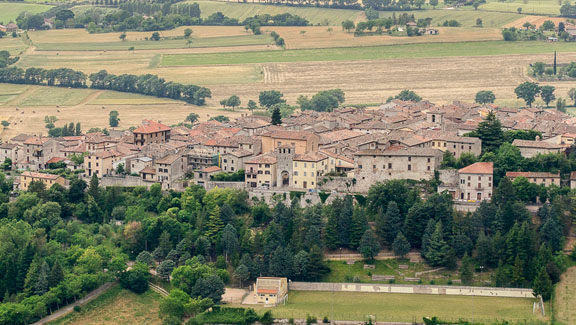 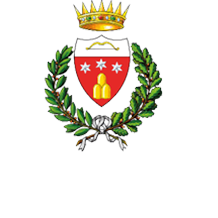 The characteristic village that rises on the slopes of the Monte Cucco massif.