POPULAR TRADITIONS AND THE SOCIAL HISTORY OF THE NORTH-EASTERN AREA

Half an hour’s journey from the major towns in the Province of Perugia will bring you to a corner of Umbria waiting to be discovered: a strip of territory in the Apennines between Umbria and the Marches. This journey of discovery can be undertaken at any point of the year. An economy centred on agriculture has shaped the life of the inhabitants, a life strictly regulated according to customary precepts and closing following the cycle of the seasons which require various tasks to be performed in the fields. The Museo della Civiltà Contadina (Museum of Rural Culture), in Gubbio, faithfully reproduces some typical rooms of an early 19th century farmhouse, with displays of agricultural equipment and implements.

The Antico frantoio dell’olio di Costacciaro (Ancient Oil-press in Costacciaro), the origins of which can be traced back to between the 17th and 18th centuries, documents the various phases in the production of olive-oil, from the crushing of the olives, through the pressing and finally the collection of the oil. On the 15th January, Gualdo Tadino celebrates the feast day of Blessed Angelo, which coincides with the prodigious flowering of the hawthorn trees during the night of the 14th. Among the most spectacular recurrences is the Devout Re-enactment of the events of Good Friday, which takes place in Gubbio, Fossato di Vico and Gualdo Tadino, during which the stations of the Via Crucis are followed to the accompaniment of the sound of wooden rattles called “battistrangole”.

In San Pellegrino, a suburb of Gualdo Tadino, on the night between the 30th April and the 1st May, the Alzata del Maggio, (the Raising of May), is celebrated, commemorating a 15th century miraculous occurrence when an elderly pilgrim was drowned that night in torrential rain and the following morning was found to be clutching a flowering stick. Since then, every year the maggiaioli, (celebrants of May) select two poplar trees which they erect in the centre of the square, where they remain for the whole month. The Festa degli Statuti, (Celebration of the Statutes), is held every second weekend in May and evokes the historical period, in 1386, when the medieval Statutes were formulated, the first such example in the Apennine region, and which would regulate the life of the citizens of Fossato di Vico for almost five hundred years afterwards. Each year on the 15th May, Gubbio celebrates the Ceri Festival in remembrance of the candlelight procession which the townspeople made to honour their moribund Bishop, Ubaldo. In modern times, the candles have been substituted by three wooden structures, five metres high, surmounted by statues of Saints Ubaldo, George  and Anthony Abbot. On the day of the Festival, the Ceri are raised to a vertical position in Piazza Grande and, carried on the shoulders of the ceraioli, (bearers of the Ceri), racing through the town, and finally, as sunset approaches, returned to the Saint’s Basilica at the top of Mount Ingino. On 5th August every year, there is a celebration in honour of the Madonna della Neve, (Madonna of the Mountains), in Purello, a suburb of Fossato di VIco, which takes place in the Sanctuary of the Madonna della Ghea. On the evening of the 4th August, the ancient statue is carried in procession to the sanctuary where a vigil is held. On the last weekend in September, the contest of the Palio di San Michele Archangelo – Giochi de le Porte, (a competition of medieval games for the awarding of the processional banner of St. Michael the Archangel), takes place in honour of the Patron Saint. The four districts of the town, (the Rioni) called San Benedetto, San Facondino, San Martino and San Donato, compete in a series of tournaments recalling ancient equestrian challenges, for example, a cart race and a bareback race on donkeys. The Festival of the Cantine di San Martino, (the Wine Cellars of San Martino), is now a decades-old seasonal appointment promoting both the new and vintage wines. 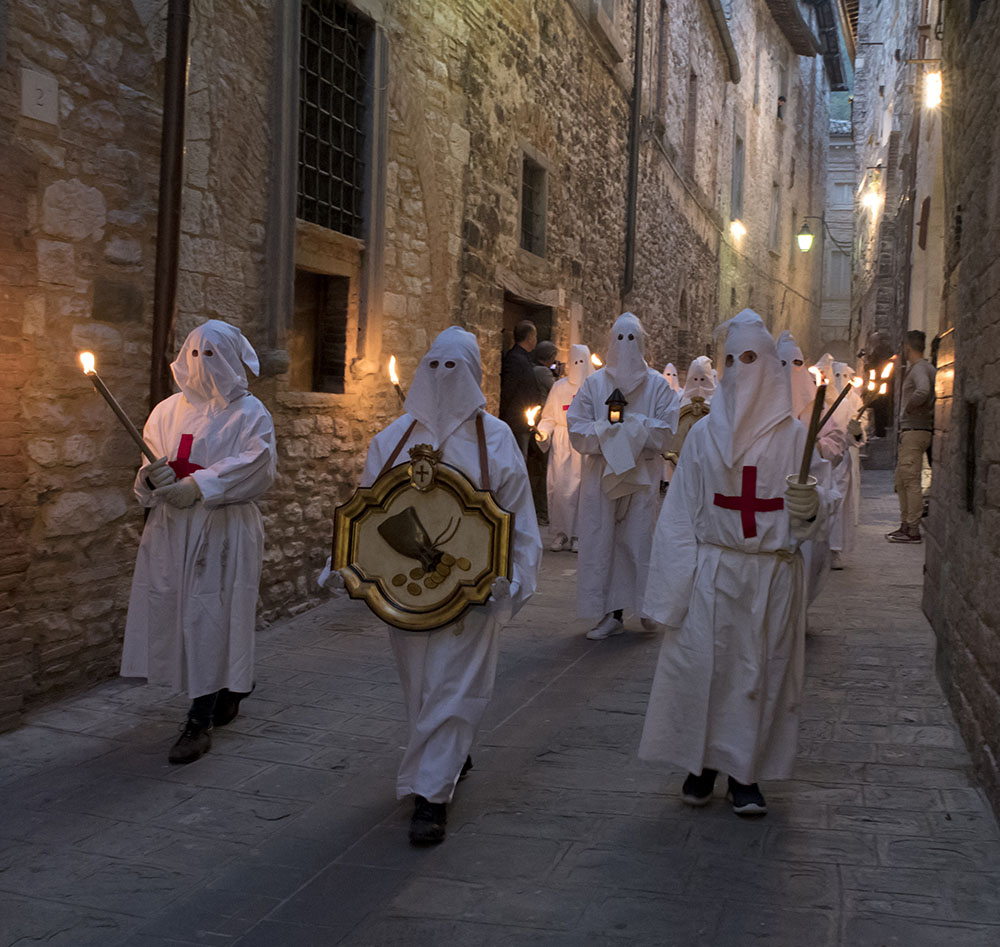 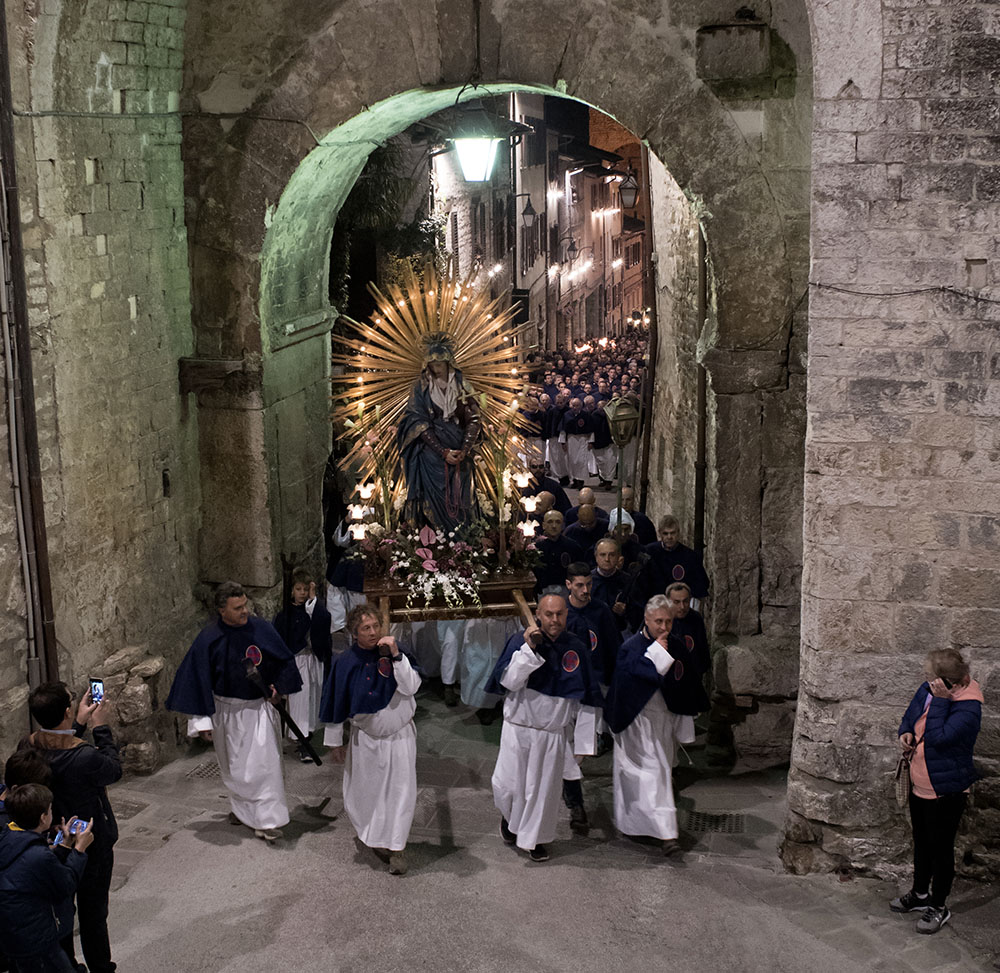 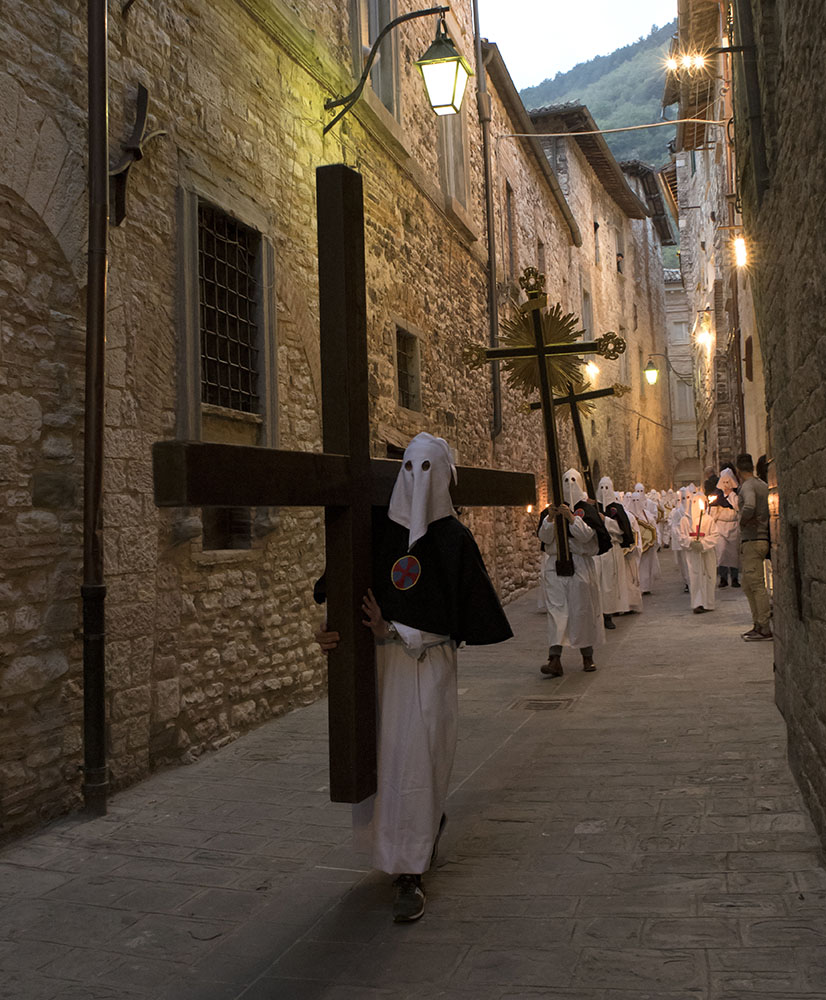 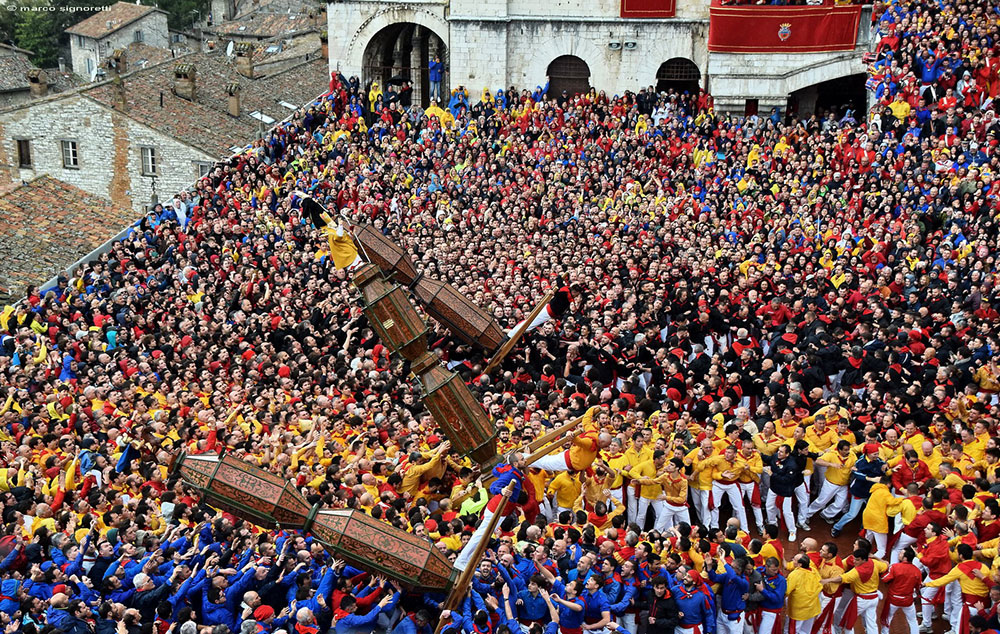 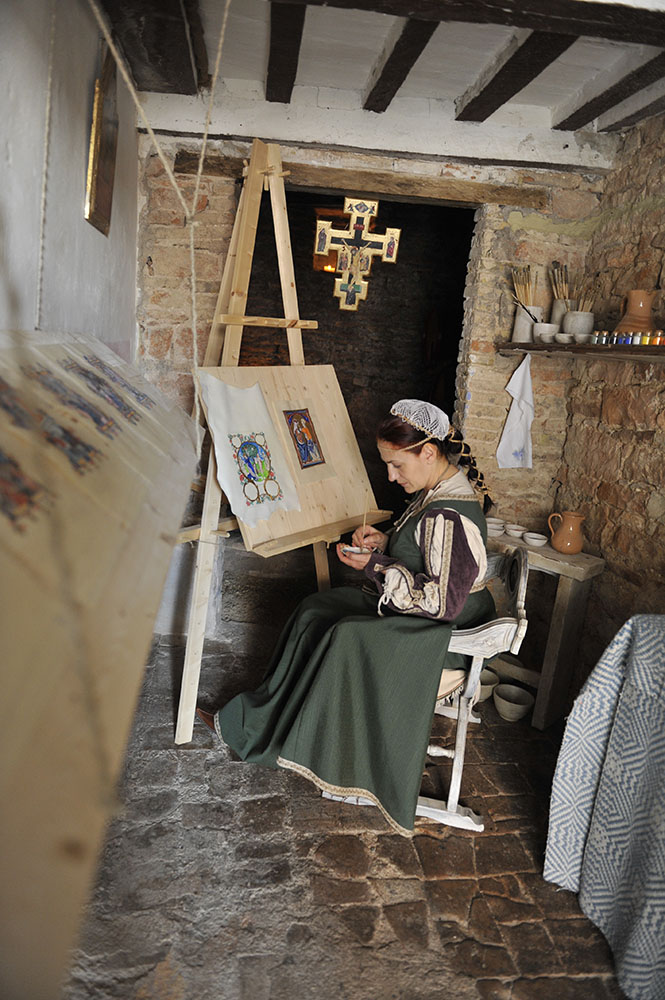 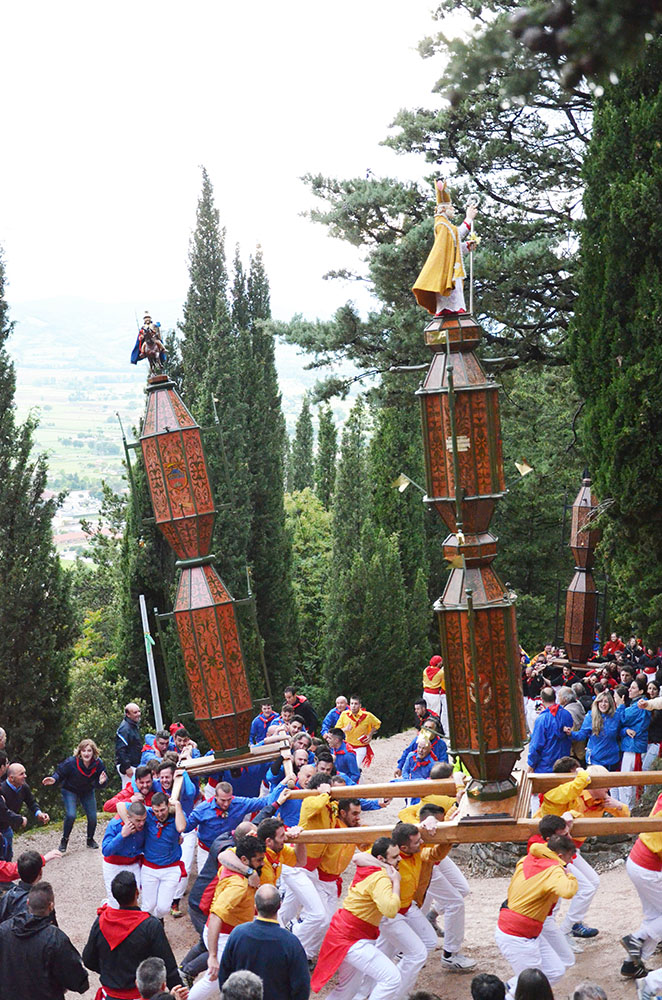 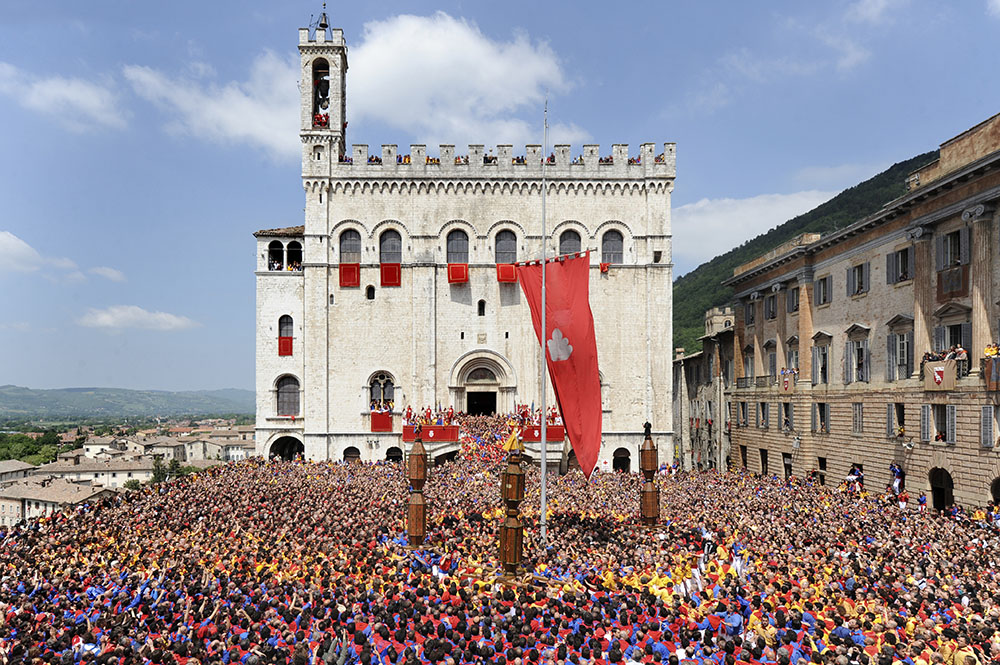 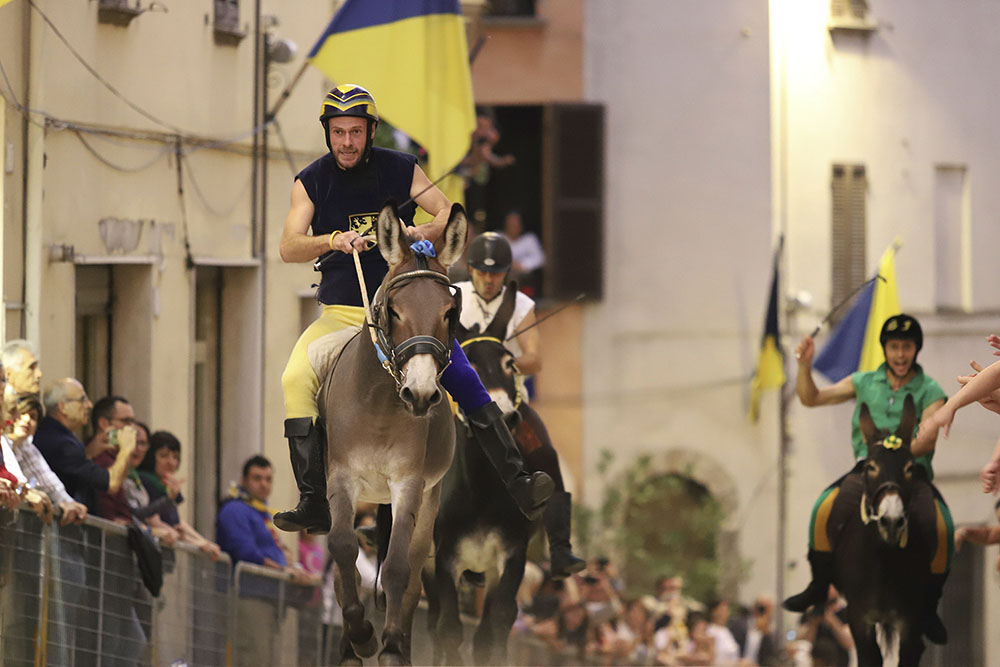 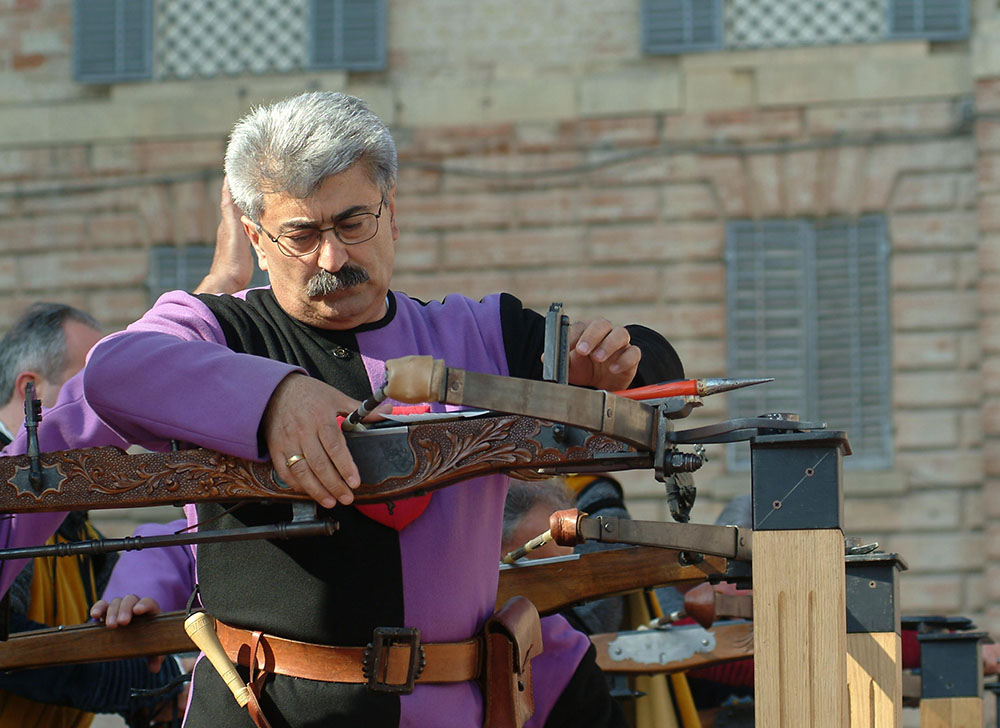 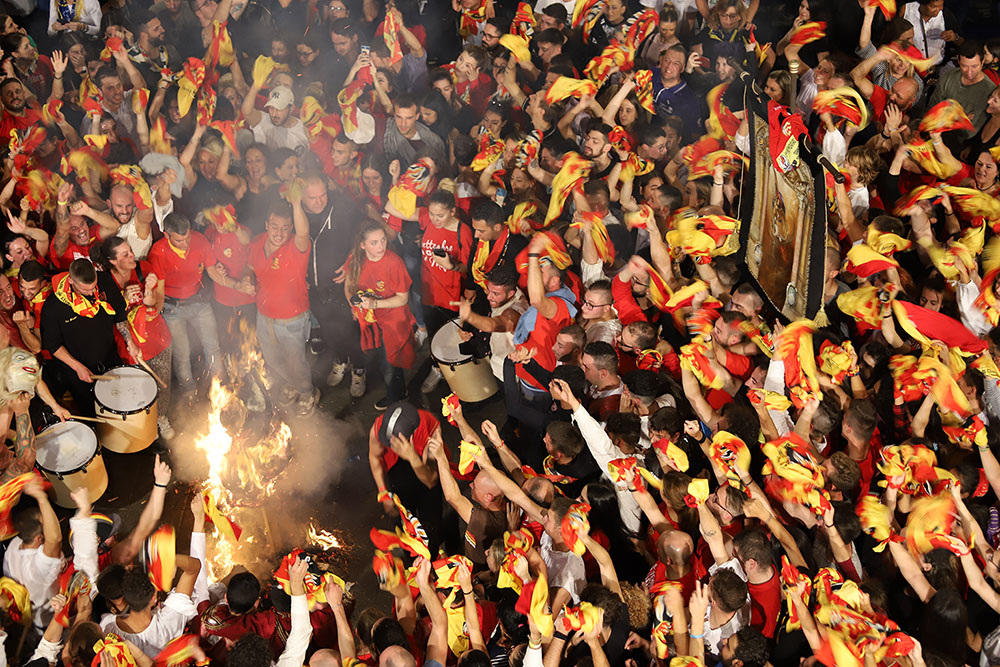 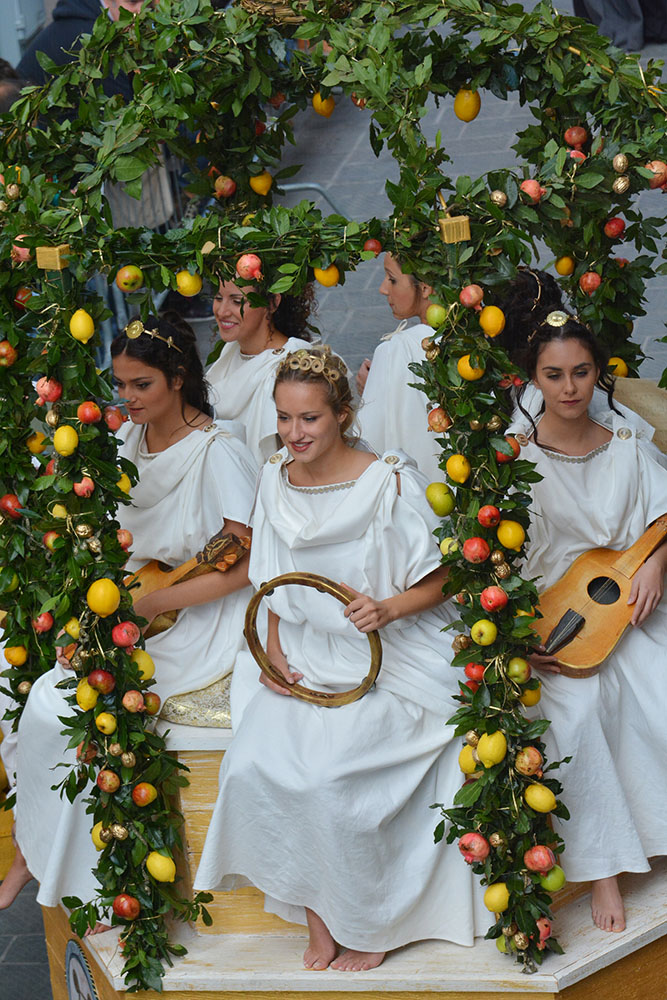 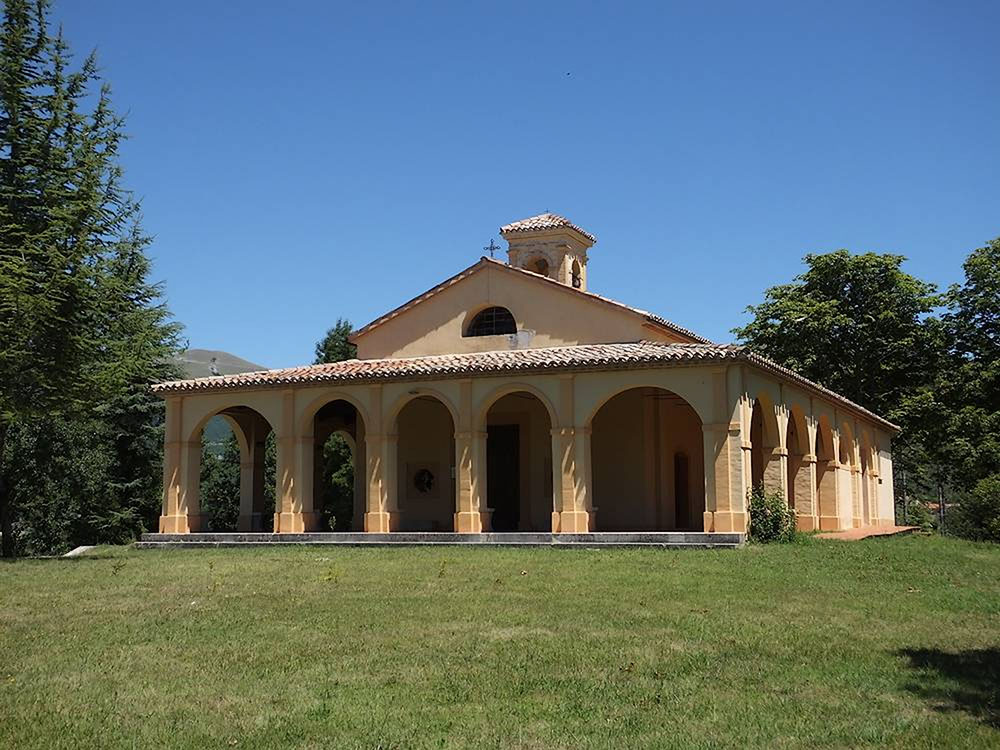 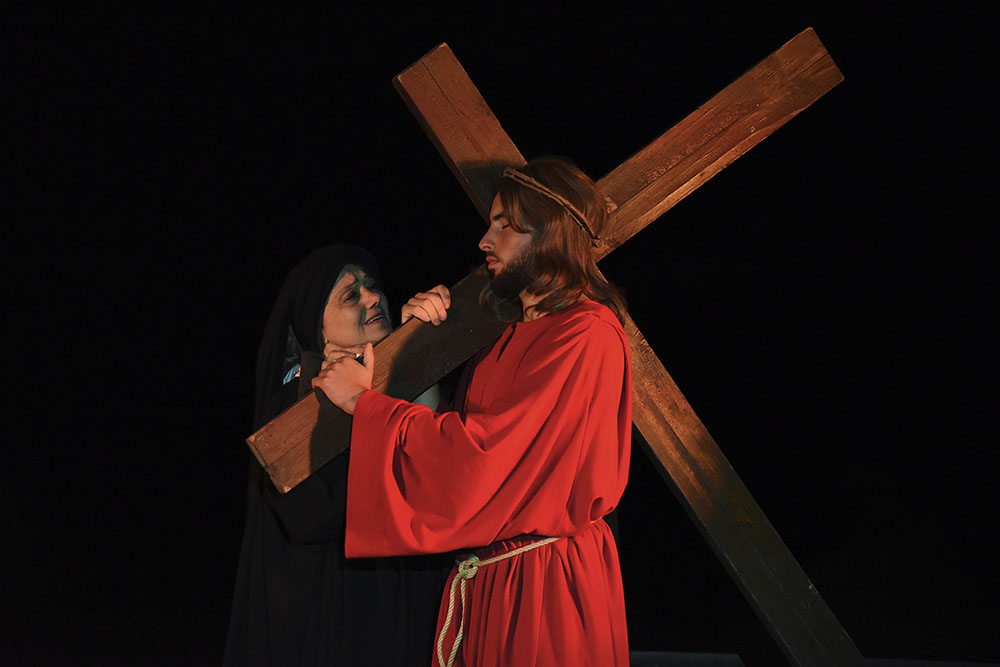