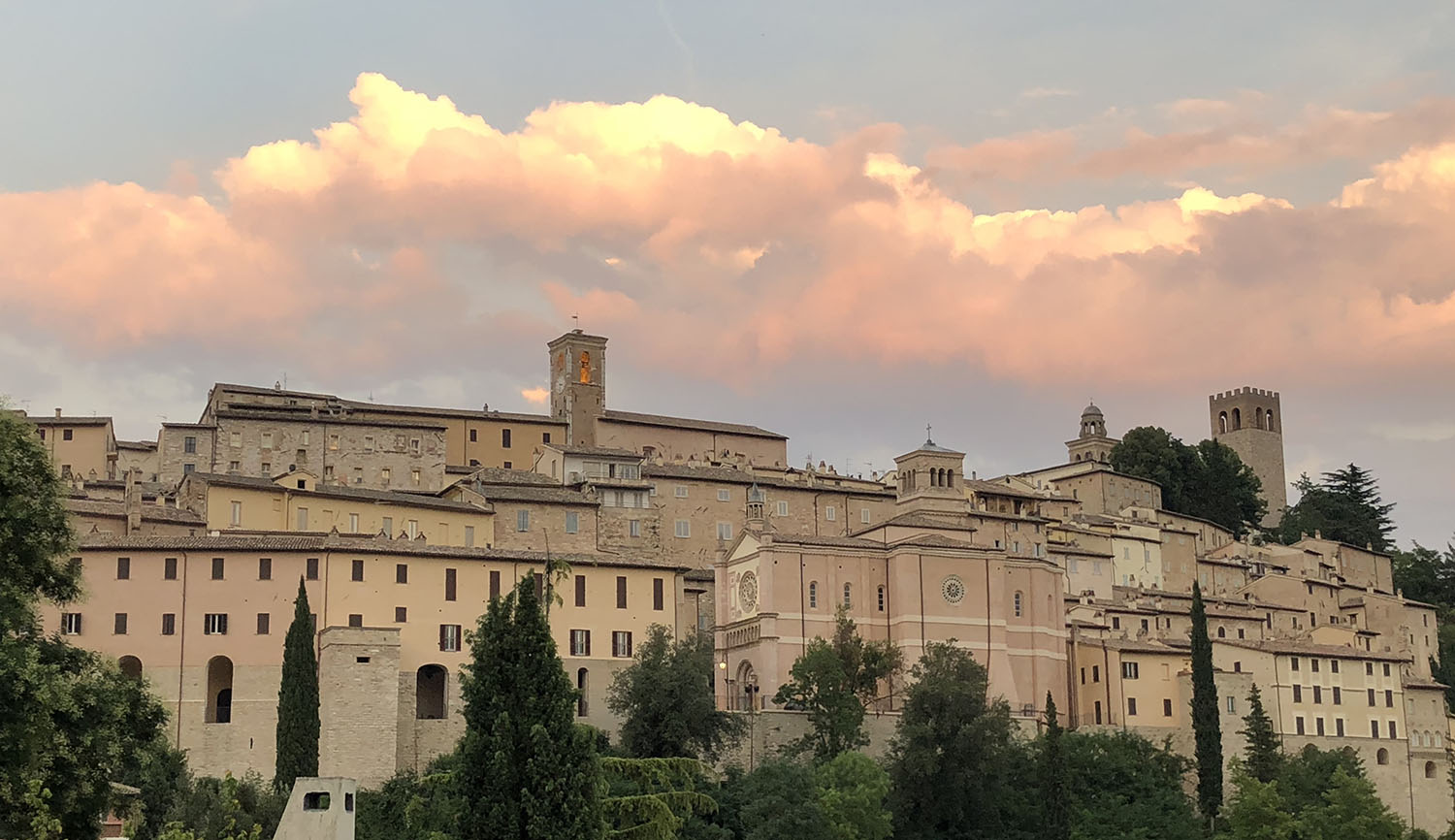 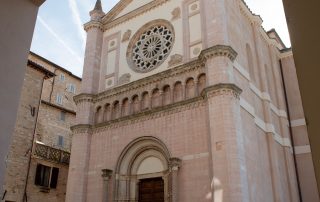 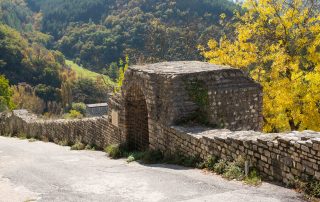 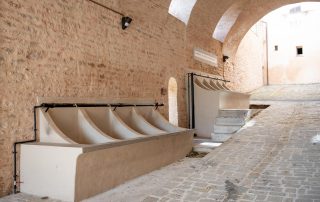 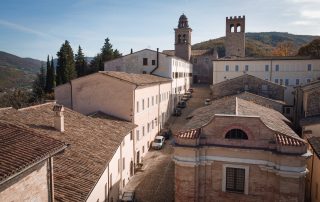 NOCERA UMBRA, a Centre of Art

Nocera occupies a dominant position overlooking the Valley of the River Topino and has preserved its medieval configuration of concentric rows of buildings spiralling up to the top of the hill.

At the entrance to the town one can admire the fountain erected, in 1953, by Mario Ranieri and Guido Aloe, as a monument in honour of the entrepreneur, Felice Bisleri, who, in the twentieth century, brought such fame to the mineral water of Nocera.

Porta Nuova, which stands near the fountain, was built at the end of the 15th century, but has been restructured over the years. It is also known as Porta Nuova Mercantile because it provided easy access to the markets held in the area to the west of the town centre. This gateway leads into the lower part of the town, developed during the reign of Umberto I, and which is now the commercial district and the location of the Public Gardens and the War Memorial, which was created in 1925. Entrance to the historic town centre is through Porta San Francesco, now known as Porta Vecchia, and which dates from the 13th century.  Fountains carved in stone and featuring gargoyles, were placed on either side of the gate in 1866, and are surmounted by the town coat-of arms. Beyond the gateway, Corso Vittorio Emmanuele winds up the hill dividing the town symmetrically into two halves, the Santa Croce district, facing towards the East, and the district of San Martino facing westwards. This was an audacious example of town-planning, as the street cuts symmetrically right through the ascending spirals of the original town centre. This was necessary in order to create a main thoroughfare giving rapid access to the highest part of the town. After visiting the historic town centre, there is also a lot to see of interest in the district around Nocera, since there are numerous little churches, forts and castles worth a look, as well as the Via Francesca (Franciscan Way), which is the route passing over Mount Subasio and leading to Assisi.