The contemporary art world is no stranger in this north-eastern part of the Region, where regular  exhibitions, not only of national significance, are held chiefly in the main exhibition venues in Gubbio and Gualdo. However, apart from these extemporaneous events, it also enjoys a permanent and well-established presence, through the works of contemporary sculpture, of the utmost cultural significance, on display in the Palazzo Ducale, the Ranghiasci Gardens and in the Civic Museum in Palazzo dei Consoli; a truly unique opportunity to appreciate such works in this area. These works constitute an anthological exhibition of works by artists who have contributed to the Gubbio Sculptural Biennale, which was inaugurated in 1956, as a showcase for ceramics and wrought iron artefacts, both of which are traditional arts and crafts in Gubbio. Over the years, the Biennale has become an exclusively artistic event, principally featuring sculpture in all its various mutations and developments right up to, and including, installations and performance art. Second only to the Venice Biennale, in its duration and in the high quality of the artists and curators taking part, the Gubbio Biennale has welcomed the major contemporary art historians and critics as well as the very best Italian sculptors, besides some from other European countries. Among many other participants, there have been such renowned contributors as Argan, Crispolti, Fagone, Bonito Oliva, Corà, Calvesi, Leoncillo, Spagnulo, Valentini, Staccioli, Uncini, Zorio, Pomodoro and Mainolfi.

From the 24th edition on, besides the temporary exhibitions showcasing particular artists and featuring the presence of the Fine Arts Academies, work began on the creation of a museum of Italian and Contemporary Sculpture, in the outdoor location of the Ranghiasci Gardens and indoors, in the Palazzo Ducale and the Palazzo dei Consoli. The original nucleus of exhibits consisted of prizes awarded during the events, as well as donations and works by artists particularly connected to the development of the Biennale in Gubbio. On display in the Palazzo Ducale, besides the original nucleus of sculptures, there is also an abundance of documentation consisting of posters, catalogues and photographs illustrating the place occupied by the Gubbio Biennale, in the context of Italian Art History, and in the history of the community which brought it into being. Informality is the prevalent style of expression in the metal sculptures by masters such as Arnaldo Pomodoro and Nino Franchina, but the various styles which have established themselves in Italy from the 1960s onwards are also represented through works by Caruso, Castellani, Leoncillo, Lewitt, Lorenzetti, Carroli, Manuelli and Ramous, among others. The itinerary in Palazzo Ducale has its natural completion in the highly prestigious national and international works on display in the Ranghiasci Gardens where, besides the natural scenery of the English Gardens, one can also enjoy seeing masterpieces of sculpture by such artists as Spagnulo, Mattiacci, Bellucci, Klerr, Boniardi, Catania and Bonoli. By virtue of the Biennale’s original links with crafts and design, pottery has been one of the main forms of expression adopted by artists participating in the event. Some of the most significant ceramic works featured in the exhibitions during the 1960s are on display in the Civic Museum in the Palazzo dei Consoli, namely, the works in enamelled terracotta by Sottsass, Zannoni and Bertini. Finally, among the exhibits in the Civic Museum there is a section devoted to the nationally renowned artist, Aldo Ajò, who had particular links to Gubbio, where he was born and where he spent a large part of his life. The works on display are everyday objects such as vases, ornamental dishes and panels which illustrate the poetic range of his vision and his ability to move freely between tradition and innovation. Beyond the excellence of his painting and moulding skills, his pottery also demonstrates a highly original use of metallic glazing, a technique that Aldo Ajò experimented with Ilario Ciaurro and the Rubboli brothers.

The original motivation for linking the Biennale with the local arts and crafts industry was the widespread presence of flourishing artisanal activities rooted in the characteristic traditions of Gubbio which are still alive today in such sectors as pottery, stonemasonry, wrought ironwork, wood carving, leather work and plaster casting. In their workshops and laboratories master craftsmen continue to uphold the traditions of local production while keeping a watchful eye on contemporary forms of expression and taste. In other parts of the territory, specific traditions have given rise to the establishment of permanent exhibitions. This is the case in Nocera Umbra with the work of Enzo Angelini whose prodigious production of sacred and profane objects, carved out of stone or wood, sheds an interesting light on the anthropological characteristics of his community. Another example is the promotion of ceramic art in Gualdo Tadino through the International Ceramics Exhibition, staged here annually since 1959. Much of this accumulated heritage, which is still awaiting systemization in a museum setting, is on view in the streets of the town which are enhanced by public ceramic artworks created by such artists as Lee Babel and Alessandro Cimatti, among others. So strong and persistent is this tradition that it has given rise to  more formal museums such as the Rubboli Factory Museum. This historic site of Gualdo’s artisanal and artistic production also features a section devoted to “Contemporary Tradition” displaying the creations of such master craftsmen as Alan Caiger Smith, John Kuczwal, Antonella Cimatti, Bruno Ceccobelli, Luciano Tittarelli and Maurizio Tittarelli Rubboli. 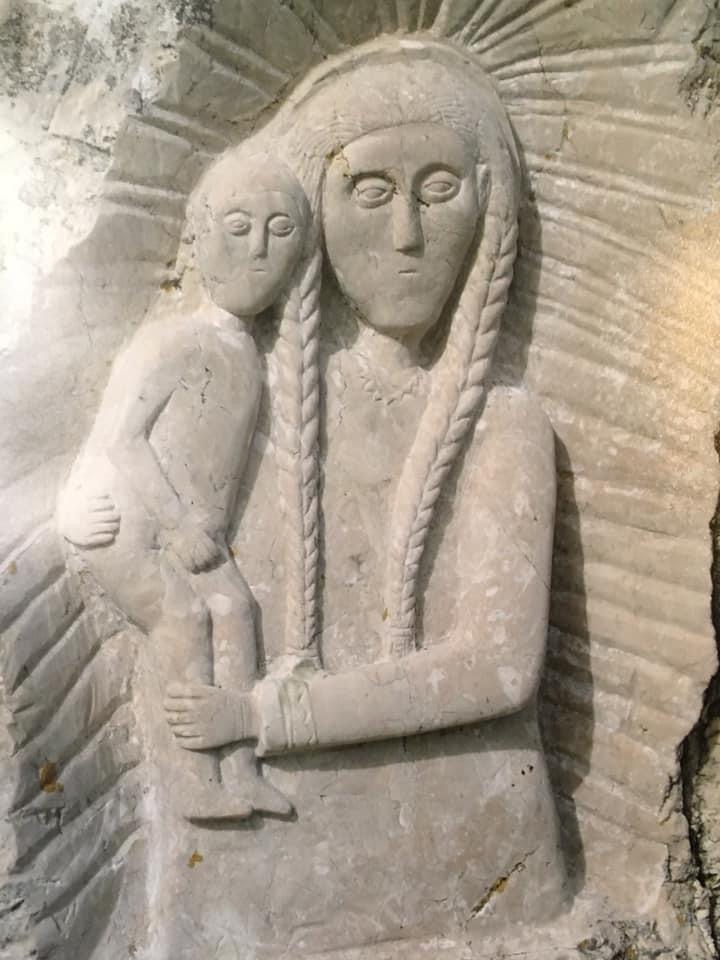 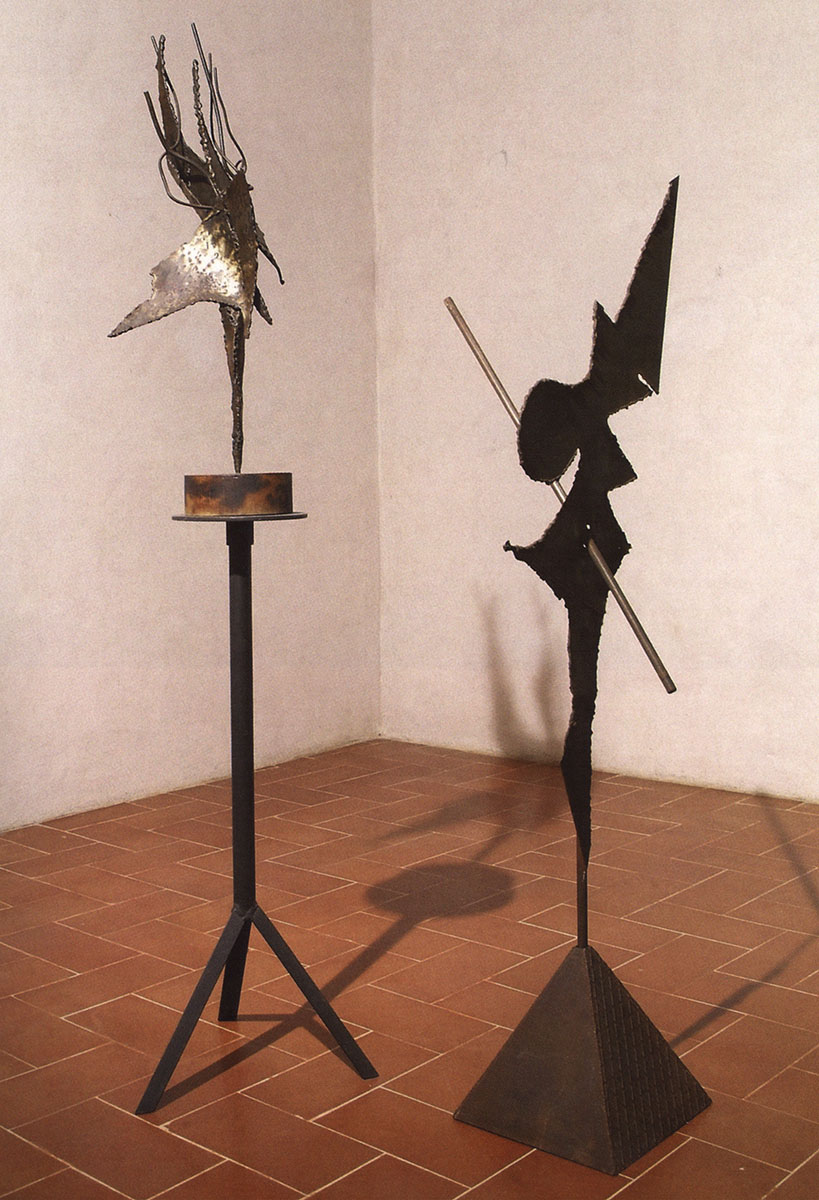 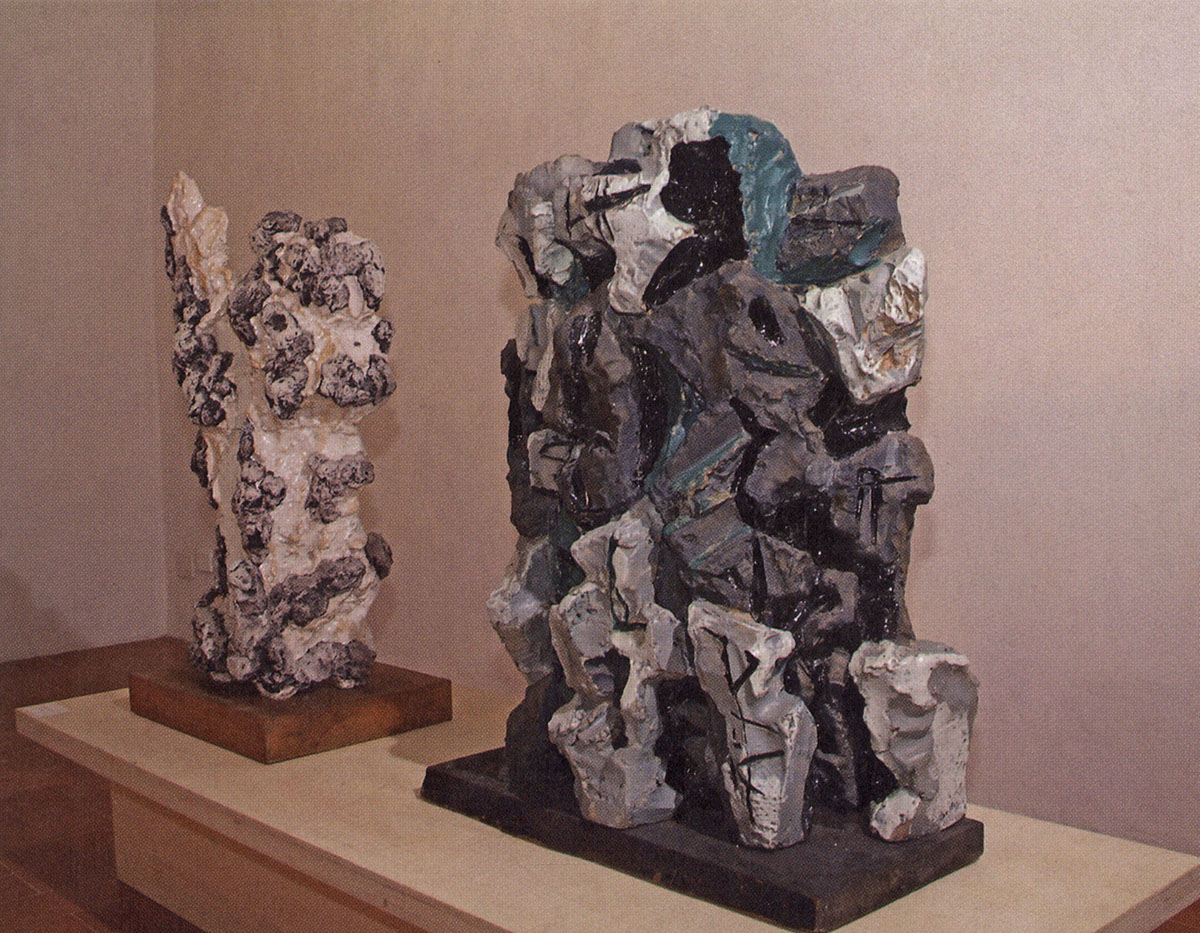 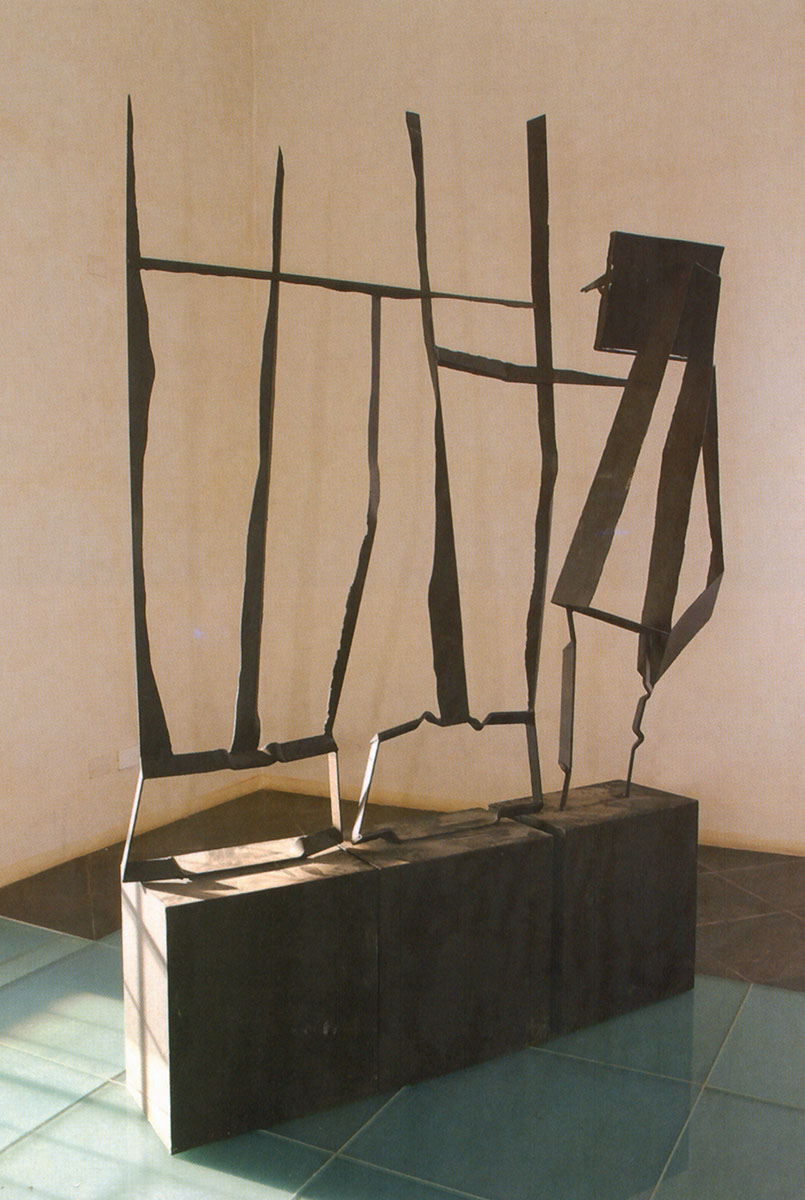 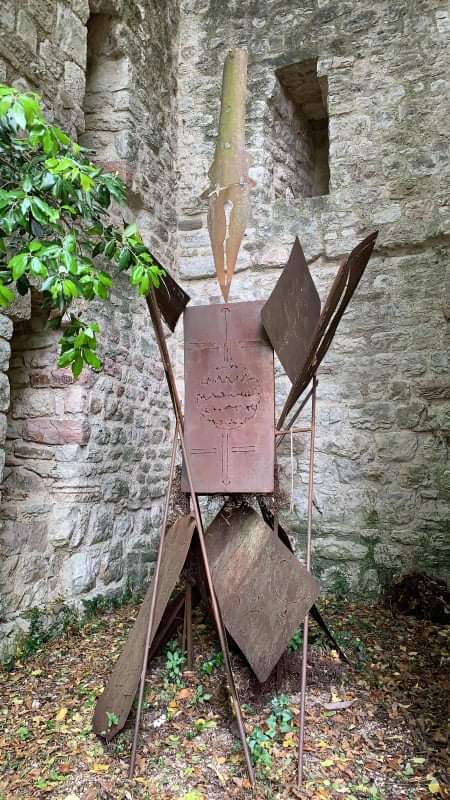 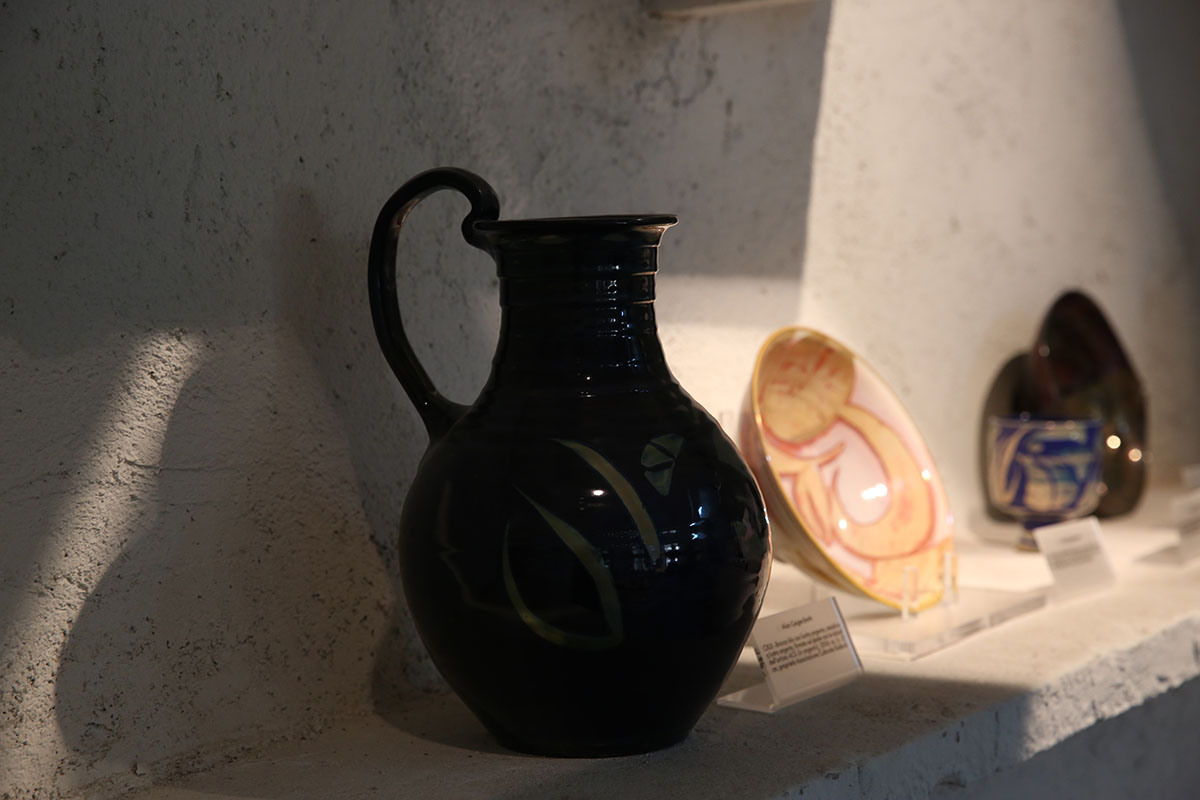 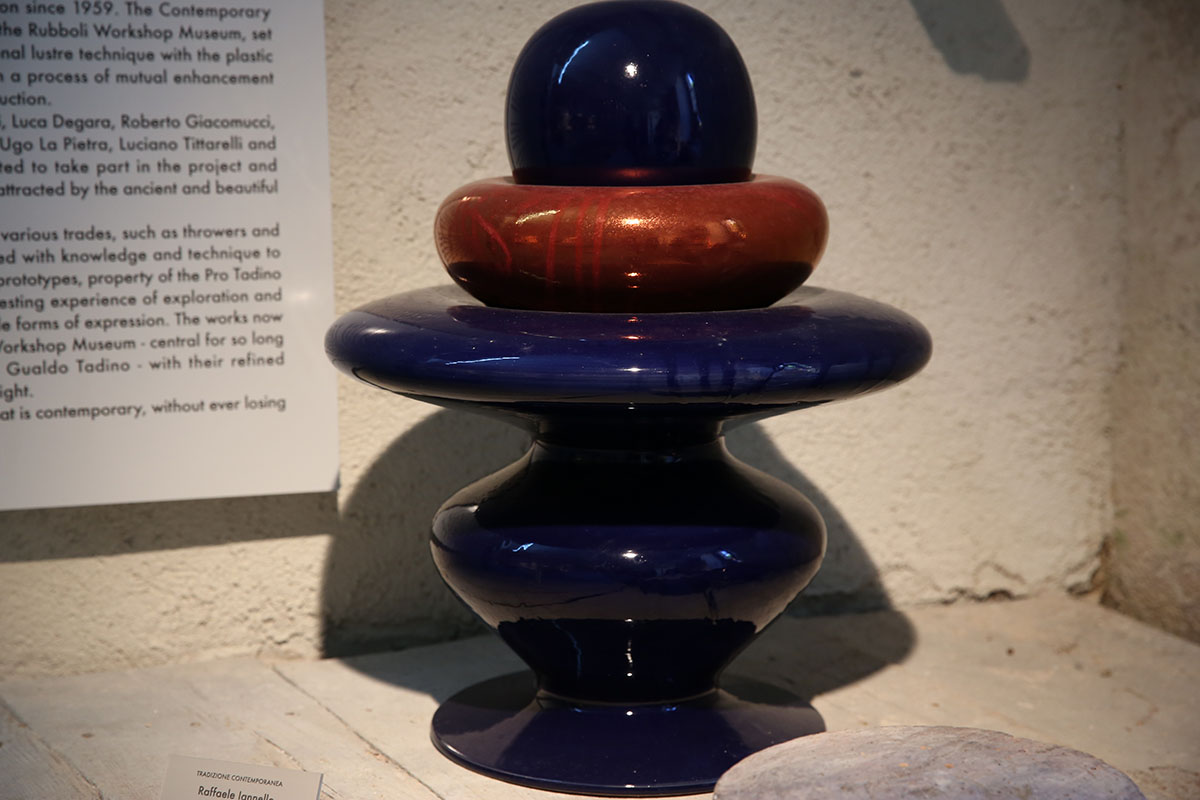